Want to get myself a new (Marshall?) amp

just a quick question because I want to get a new amp and can not decide which one I should get. I don’t “need” the amp in the sense that I need a new workhorse for a band or something, I already have enough gear to satisfy my use cases. But to show you where I am actually I will list the few things I have:

I also own an Engl Ironball (this thing is amazing, seriously!) and a Laney Cub Head for playing at home. In my band, which plays some kind of power metal/black metal blend, I mainly use the two Marshall heads. I previously owned a Peavey 6505 which I kind of liked, but not enough to keep it.
As you can guess my favored sound is very much british. I love the voicings of my Marshall heads, the 800 is just phenomenal. I tried various other amps, some bigger Engl heads, the (already mentioned) 6505, some kind of Mesa Rectifier (don’t know which one), but they don’t do it for me. The Engl amps were definitely the ones I liked the most, but I found myself trying to approximate some kind of Marshall sound with the EQ. So I don’t see a point in not getting a Marshall, although I already have two excellent ones

Anyway, I always looked for a Silver Jubilee but couldn’t find one. I tested a regular 50 watt head around 10 years ago (it was the model 2550 I think) and was in love. Now that the 100W version was reissued a couple of years ago, I thought why not get this head? I already tested it and I really, really like the amp and am constantly thinking about it.
The other amp I am thinking about (and which I couldn’t test anywhere) is a JVM410. I don’t need flexibility, but the JVM probably has one sound for anything I will ever do in my musical career. And needing but not having is worse than having but not needing, right?

At the moment I am gravitated heavily towards the Silver Jubilee because this is the one I ultimately fell in love with. But I already own two “similar” heads (similar in the sense that they don’t have many switchable sounds like the JVM does).

I didn’t want to mention artists as examples, but I want to give you an idea of what sounds I am typically after: Paul Gilbert, Zakk Wylde, Children of Bodom, Opeth, Necrophagist

I know that Alexi Laiho used the Lee Jackson preamp I own and later on a JVM. Zakk Wylde is the prime example of JCM800, Opeth and Paul Gilbert used some kind of Laney/Marshall in their past. Necrophagist used Engl as far as I know, but I don’t want to approximate their sound (and this style of music should definitely be possible with a Marshall amp).

What would you choose and why? Or would you recommend something completely different?

My heart says Silver Jubilee, but my head says JVM. But I fear that I will regret not getting the SJ if I get a JVM…

Edit: I should note that I use almost all my amps with a Boss SD-1, usually with drive kept on zero and level on full. Only the JCM800 gets a tiny little bit of drive to get it to a higher gain region. I play not with a lot of gain, I think the “Still Life” record by Opeth is a good example for the gain region.

KSR Juno? Not actually a Marshall but probably better built than one.

Wow, that thing looks crazy. Not exactly the budget I had in mind, so I would need to wait some more time, but certainly worth to check it out. Hard to say if I ever could test it somewhere, have to check that…with that amount of money I need to be really sure.

Right or wrong, I thought Opeth were Laney users…?

Anyway, I’d second the “someone doing the modded Marshall” thing. A couple I’d want to look at if I wanted a botique Marshall:

It sounds like you already have the classic JCM800 sound well covered, and I feel like a Silver Jubilee would be pretty similar to what you already have. The heads above wouldn’t be radically different, but would at least hve their own spin on that sound t bring to the table.

I’ve played a bunch of these - the Stiletto series was too Marshall-y for me, personally, but defintely did a good saturated crunch in that school, and actually had a gorgeous clean channel that could be broken up rather nicely. I’ve spent some time with a Nitro, which again, not “my” tone, but was an absolute blast to play even at lower volumes. A buddy just grabbed a SLO-30 and it’s positively grin-inducing, and while I haven’t yet gotten to plug into an Ecstasy, Vai’s “Alien Love Secrets” tone was the best he’s gotten, I think. No time with a Friedman either but the bigger tube heads are very popular for this sort of sound, and the little BE Mini is supposed to be shockingly good for a solid state head.

The JVM is supposed to be a step up from the TSL, but while I personally rather liked the TSL’s clean, I don’t know too many Marshall guys who really like that amp, so grain of salt here…

I had a TSL60 about ten years ago, but back then I didn’t have developed “my sound” and only knew that I like Marshall. But I believe I loved the amp…don’t know why I sold it really.

The Splawn Nitro head looks (I mean, sounds) really good from what I have heard on YouTube so far. The Splawn heads also don’t seem to be too pricey so I could afford them much ealier than a Bogner for example. The Nitro seems to be voiced a little bit more modern, though. I wonder if it has that same attack like a Marshall, which is why I would like to test it first (probably not able to because I have to import it to Germany). The Marshalls I played all have this punchy feeling if you hit the strings hard, didn’t get that with any other brand so far.

What I also found was a Framus Dragon. I don’t know anything about it yet, but the price dropped from 2800€ to 950€, which made me curious.

I don’t know if anyone knows Euge Valovirta, but he has some cool videos where he tests amps and I saw this just know: 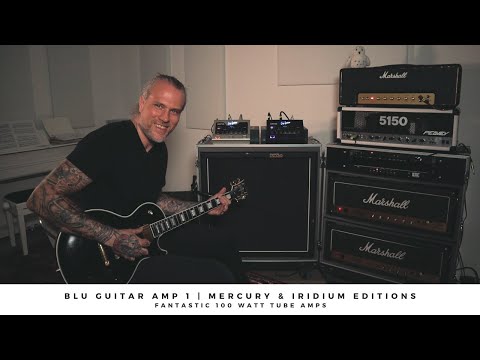 I know that these are not really tube amps, because the poweramp is realized with a class d topology (which has to use FETs or BJTs) and only has one tube to colour the sound a bit. But it seems to sound really good and the concept is amazing for live playing I think. I wish I could test the amps somewhere, but everything is closed around here and there is no proper retailer anywhere near me anyway

If you love JCM800 and are looking for a high gain amp check out Jose mods. There were several amps based on those, like Fortin Meshuggah. If you have someone experienced in amp building you could even ask them to build one for you, this way you’d have stock 800 and a modded, brutal high gain monster.