What slant/technique am I using? How to improve?

I would love to be able to play clean and controlled fast bursts here and there within my blues and rock playing. Thought I eliminated string hopping quite a bit, but it is isn’t smooth and seamless. Keep telling my wife that I need another year - for the last 20…

What am I doing wrong. How can I improve? Thank you! Sorry for the bulk of videos, wasn’t sure what works. I built a camera holder…

Cheers and thanks for any input! 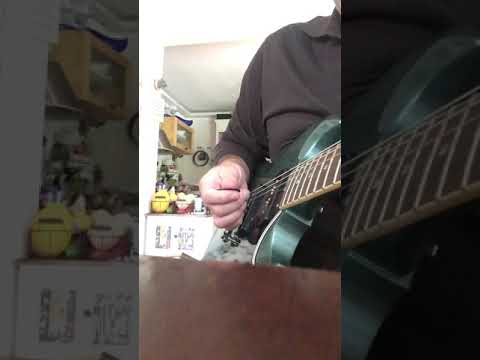 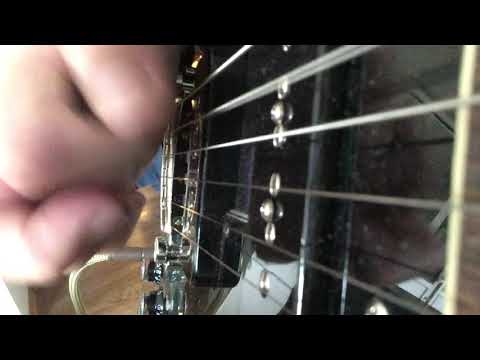 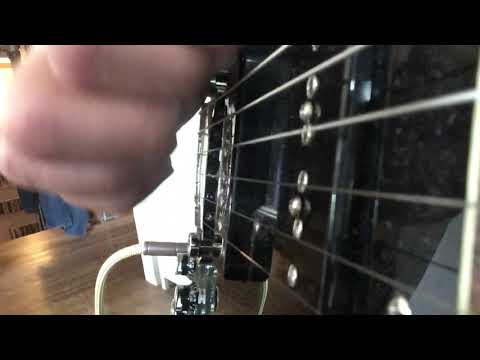 Watched the first video and only a little snippet of the second, but here’s my thoughts:

I agree with pepepicks, this is already solid playing!

I watched various snippets and it’s hard to tell what exactly you need help with.

We usually recommend shorter videos, like 10-15 seconds max per video, and each video being focused on a very specific picking sequence or “problem”.

So if you’d like to select 2 or 3 snippets where you feel you need the most help, we’ll take a closer look!

Also, if you can film at 60FPS or higher (ideally 120), and even include slow motion, that would be a plus — but we’ll work with what’s available

finally, make sure you include a clip of fast tremolo picking on a single string, we always like to look at that as a starting point.

Thank you Tommo. I did include some tremolo pickin in one of the clips, but totally understand you can’t watch it all. What I need help with is that I sometimes get the fast runs done nicely, but sometimes miss them and get stuck. I suspect I dig too deep into the strings and get trapped (and bang on the pick-up as proof, as you can hear - mostly with the high and low E-string). I chose odd-numbers exercises for my demo. My tendency is to alternate pick everything and the five or seven note groupings were eye-opening. But I still get trapped and cant advance to a clear and controlled higher speed. Are there certain exercises that may help me? How can I retrain my brain and muscle memory? Thanks a million.

What I need help with is that I sometimes get the fast runs done nicely, but sometimes miss them and get stuck. I suspect I dig too deep into the strings and get trapped (and bang on the pick-up as proof, as you can hear - mostly with the high and low E-string).

If you have clear examples of this that you can film / are already filmed and you can chop and possibly slomo, that would be great to look at!

But I still get trapped and cant advance to a clear and controlled higher speed.

With an unfamiliar ofr awkward passage, we recommend to try and play it fast and sloppy first to see what happens. Go directly to your target speed without any metronome work. Just go for it a few reps and wee what comes out.

In a nutshell we’ll first try to get the movements “mechanically correct” even at the cost of introducing some mistakes. “Musically correct” comes only after that

Thanks. And yes, I heard that and tried it: “go fast first, don’t hink about accuracy”. This did help to an extent, mostly to overcome string hopping. I’ll see if I can extract passages or record again. And see about slomo as well. I thought the clip being an unlisted YT that would allow you to use the 0.75 or 0,5 speed that YT offers?

Sure if re-recording is not an option or too time consuming, providing timestamps for the parts to analize is also ok

The problem with YT’s slow motion is that sometimes the YT compression algorithm makes audio and video off-sync by a few frames. I am really not sure why but we have noticed this on a few occasions.

another option is for you to provide a link to your original footage (dropbox, google drive, icloud, etc.) , you can tell me what section you are interested in and I can slow it down for you in the coming days. 120FPS would be optimal, but 60 may also work

This looks awesome. It looks like @Bill_hall’s wrist technique, i.e. pronated, with the thumb-side anchor. And as others have pointed out, there is no forearm or elbow here, this looks like all wrist. This style of playing allows both upstroke and downstroke string changes, so you can do scales and arpeggios and so on.

As far as the motion, there is no stringhopping and you have no speed limits. Also the pick attack sounds nice too. Great work on this.

The only “wrong” thing I’m hearing is that when you speed up, you start picking multiple times per note, randomly. That’s not a picking motion or string switching issue, that’s hand synchronization.

Can you do chunked single-string patterns like chromatic fours, the Yngwie six-note pattern, and so on? I would try those. I find the fours to be the simplest, just 1234 or 4321. You don’t even have to move, you can just do that in one position. If you can get that, then try shifting that around flight of the bumblebee style. If you can get that, then try two-string patterns like 1234 1234 on one string, then 1234 1234 on another string, then back to the original string, and so on.

Thank you Troy. Will try your suggestions and let you know about the progress. And upload a new clip then. String hopping, odd numbers string changes, economy picking, pick slant. So many things you open people’s eyes to. Amazing! Thank you for taking the time to review this! If you gave any secret to share about reprogramming the brain and muscle memory - it seems so hard to change bad habits in the right hand in particular. Or is it just to be patient before a new techniques hits home? I feel like EVH or Paul Gilbert’s three finger grip would suit me, but then I lose my hybrid picking… why is it so complex? Guess it isn’t - for most. Thank you!!!

There is no “slant” here that matters, and you should not be trying to determine what that is or isn’t. Forget about that. You are using wrist technique and the specific version of it that you’re using is the “pronated form”. This refers to the arm position where you turn the arm a little and use an achor point under the thumb. Is that correct, this is what you’re doing when you start going fast?

Also, there are no “bad habits” here. I don’t know where you’re getting that from. Be careful with the way you think about and describe your own technique because you can get a little carried away with these things. And then people on the thread start agreeing with you, for psychological reasons, and start providing advice for problems that aren’t even happening.

Everything seems to be working here as it should as far as the motion is concerned, at least for now. The next step is to try some chunked repeating phrases to add in some hand synchronization. Do not make any other changes because no other changes are necessary right now.

Thank you. I actually just tried your recommendations and think it is helping. Will post something soon. One easily gets into a rabbit hole. I thought it was all about my right hand and now you tell me it is about synchronization. I think because I have just recently overcome string hopping, now my left hand has some catching up to do. All very encouraging. Thank you!