What's a good chord for Phrygian?

For most modes / tonalities, there’s some chord you can hit that evokes the sound of that. Maj7 for major, min6 for Dorian, minMaj7 for melodic minor, and so on. But all the Phrygian ones kind of suck. Min7 doesn’t sound like Phrygian. Adding another tone gets you whatever you call that chord, a Min7 with a tritone sound in there, which * to me * doesn’t sound great either.

Note that I’m not talking about Phrygian dominant, that’s got a great chord if you throw in the flat 9 with a dom7. Flamenco all day. But vanilla Phrygian, you can throw in the flat 9 on a regular minor triad but it just sounds blah. Even locrian has a more evocative chord than Phrygian in the min7b5, which is great.

Am I being too picky?

There’s no single chord that really does the trick, but a minor followed by a major a semitone up (and back down again if you like) probably satisfies.

Yeah I can’t think of a voicing I like for this either, and I actually typically enjoy some well placed minor seconds in a chord’s inner voices too.

One thing I can think of is my theory professor always telling us that the “minor iii” chord (i.e. an E minor in the key of C major) is thought of as the ‘weakest’ diatonic chord. He elaborated that it just didn’t show up with much frequency in classical music and typically if that chord happened it’s function was just to immediately pass to another chord, OR it could be better analyzed as the tonic chord in first inversion.

What’s the mode that maps to the minor iii? Phrygian. Not really an answer but just drawing a parallel, possibly.

Sus b9 chord. Something like B-7(b5) with E in the bass, your typical flamenco chord. To be honest I never really think of phrygian, I think of locrian a perfect fifth above. Same for playing over normal sus chords, Esus is B-7/E so in my mind it’s actually B dorian.

Ojk just had an idea while walking to the deli — the II chord, on top of the tonic in the bass. Like, for E Phrygian, you hit the open E and then do Fmaj7 on top. That sounds pretty cool. I think that gets the “tension” aspect that typifies Phrygian for me. You can think of this as IImaj7 third inversion, or just “II on top of I”.

The mental set was thinking is has to be the tonic chord. But I guess it doesn’t.

For the Esus example, when I do a B dominant 7 and I put E in the bass, that doesn’t really sound like any E sus chord that I know, either sus2 or sus4. It basically sounds like a polychord, i.e. a dominant over the tonic.

Not arguing, just want to make sure I’m following you!

Edit: For the first example, do you mean something like E in the bass with F, A, B, and E on top? Because that totally gets the tensiony thing for sure. And sounds very flamenco-y. I think that’s maybe the winner here.

B, D, F, A and E in the bass. B half diminished. Minus means a minor chord, I should have written Bm7(b5) to avoid confusion.

For the Esus example, when I do a B dominant 7 and I put E in the bass, that doesn’t really sound like any E sus chord that I know, either sus2 or sus4. It basically sounds like a polychord, i.e. a dominant over the tonic.

Gotcha so basically the V chord on top of the I chord, in Phrygian. I guess you could think of it as an 11 built on the tonic in Phrygian, but if you spell out the whole thing, including the G, it starts to sound a little blurry. So maybe it’s more of a polychord situation, “V over I”.

Personally I also like it without the D, so you’re basically just doing F, A, and B on top of E. That seems to rest a little better without sounding as much like a min7b5 sitting on top of your bass note. But I think either can work just fine.

I call this question resolved, thank you!

Why a single chord?

Having a representative chord and playing some arpeggios and lead lines over it is the simplest way to solidify in my mind what a particular mode sounds like. Especially for comparing to other chords / tonalities. I like sitting at a keyboard and hitting the chord in the left hand while playing lead lines in the right, then changing the chord to the same tonic but different mode. Really makes it super obvious why tonalities sound a certain way.

By comparison, comparing all the relative modes, like C major, D Dorian, and so on — I think that’s a terrible way to go and only confuses. Keep the letter name the same, change the tonality, instant learning.

You can use progressions if you want but that’s one step further, and shouldn’t be necessary to get the basic sound in your head.

Slight tangent, but one of my favorite examples of improvising with the Phyrgian mode over a minor chord is Bob Berg’s solo on Invitation (sorry he’s not a guitar player!) Listen for it at 2:54 - C phrygian over a Cmin7 chord 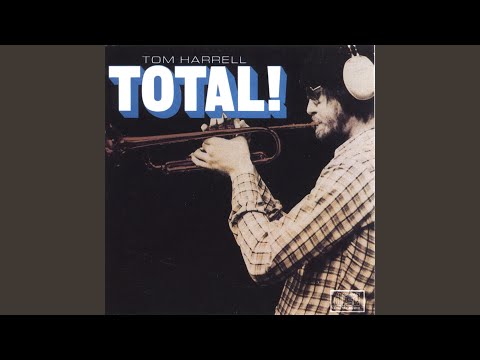 You can use progressions if you want but that’s one step further, and shouldn’t be necessary to get the basic sound in your head.

Something even more bare bones than a chord is just a drone tonic over which you can solo with the mode in question.

Vinnie gave a great demonstration of this back then. One of the key things to his examples was also that he kept the tonic the same and changed the mode: B ionian, B dorian, etc. instead of B ionian, C# dorian etc. The second way is of course a bit misleading to the ear because you never change the key signature

Yes I remember, that was one of the better demonstrations because the tonic was the same.

Chord is better than tonic to my mind. You get a lot more tonality flavor. On piano it’s much more realistic. It’s basically exactly like what you’d do in jazz improv.

Dm9/E is nice to mix with the bm7b5/E Adam mentioned too, at least if you play in a modal context.

I agree with @adamprzezdziecki , fastest path there is m7b5 a fifth up. And that can be a starting point to look for variation. It’s worth noting that Bm7b5 contains Dm, so Dm/E would be a similar vibe. (edit: @Hadalpelagiclife Hadalpelagiclife beat me to it)

Something I’ve had to look for over the years is ways to get this sound solo guitar no open strings, or at least if the bass note is not E or A. To my ears, it’s a type of chord that requires certain things to sound “right,” in terms of notes present and intervals between the notes, so it gets pretty limiting when we have to fret each note.

Though I’d share some of those here, quicker than tabbing them out: 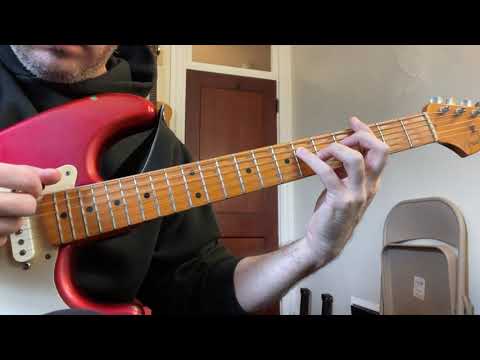 This type of chord comes up in a lot of Wayne Shorter compositions, but it’s also a common “modern jazz” way to interpret a V7 chord.

Why a single chord?

I’d argue that depending on context and melody played over the chords, those pairs of chords don’t necessarily imply the mode, and in some cases might really pull back to the relative major/ionian sound (or minor.) If I hear F major to G major back and forth and someone soloing with “white keys”, to me that’s just IV V.

I like to use minb6 chords. Not necessarily to create a Phrygian sound, although it isn’t too far off. Adding in a b9 will be very dissonant as a static chord… but I have used minor chords with a b9 before. Depending on the voicing of the chords before and after it can work really well.

As for one single chord to highlight Phrygian sound… it would kind of need the b2 and b6, or b9 and b13, depending how you think about it

These are tasty! Clearly you’ve thought about this.

add flat 9 chord no 3rd. Just move the flat 9 far enough away from the root. If you want to keep the third you can do a minor b9 but again voice leading is key, and you have to space the 9 far away from both the root and 3rd.

Other than that, for Phrygian dominant, any chord that has a dominant function or used as a dominant substitution will work. dominant, dominant flat 9, minor 7b5, fully diminished, are the most common.

Black Napkins is C# Phrygian over C#min7 and Dmaj7, so similar to what Troy said about the I and II chords.

That Dmaj7 really pushes the Phrygian flavour as it has that I, II half step in the chord.

Although I do tend to deviate to C# Dorian sometimes if I’m improvising over that progression, which is something Frank also does.