When to use crosspicking?

I am new to the idea of crosspicking, and it seems to make a lot of sense for faster lines. This is something I am starting to work on from the ground up but my question is when is it best to use this technique?
Is it only for fast playing? Or for any arpeggiated ballady type stuff even at lower tempos?

If you’re trying to develop it, I would recommend using it whenever you can!

Short answer: I would start directly from the music you want to play and then use that to figure out what techniques you “need”. Another thing I would explore is how much of that music you can already play with the motions that you can already do (maybe using some clever re-fretting/pulloffs and whatnot).

Longer answer: This is a tricky question because “crosspicking” has a bit of a vague meaning, and it can be done with a lot of different types of motions (or “techniques”).

In many cases, players talk about “crosspicking” to indicate patterns that have one note per string (e.g. the bluegrass roll). But the pattern itself could be played efficiently or inefficiently, depending on what motions you use.

I suspect what you are interested in is what we call “efficient double escape” picking motion: 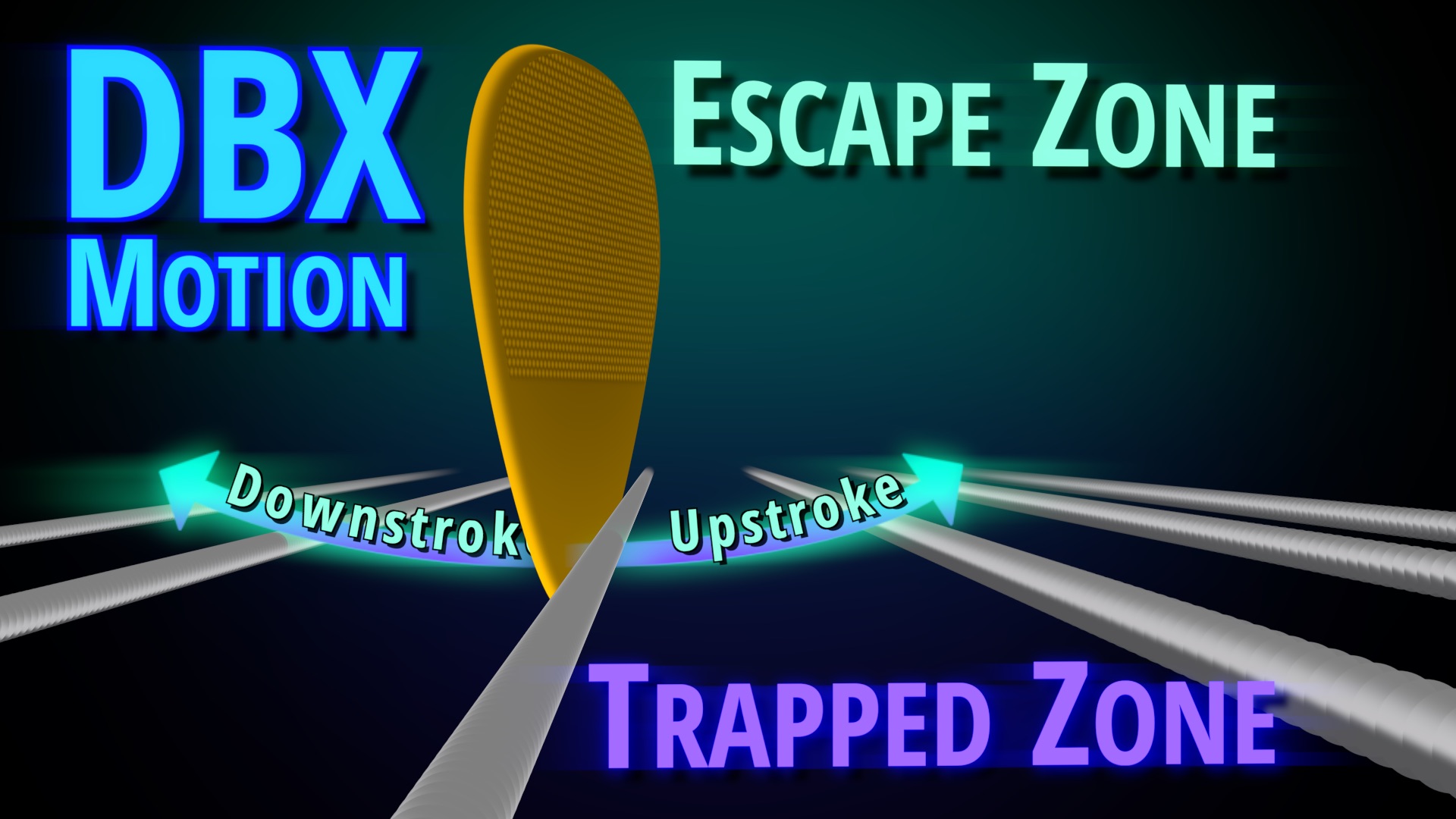 In a double escape or DBX motion, upstrokes and downstrokes are both escape strokes, allowing string changes after any pickstroke. Unlike USX and DSX single-escape motions, double escape motion doesn’t trace a diagonal path but actually a...

This is more so personal, and I promise is in fact my answer to your Q, but I look at it like this:

I think if it’s anything in the second batch, those would be the priorities to get squared away before worrying about double escape/crosspicking.
If it’s in the first batch, then that might be a scenario where double escape movements would allow you to perform the lick/figure/riff/segment with the desired articulation and time feel.

The other thing I’ll point out here is that I’m not really sure that most of the players we interview choose to “do crosspicking” or “not to do crosspicking” for a particular phrase. Instead they mostly just choose one overall form, like “elbow”, or “Gypsy”, and stick with that. From there, if they want to pick all the notes, they try to do that or they don’t. And they prob make that call based on something very similar to your very sensible / intuitive musical feedback checklist.