Been listening to music all my life of course, but only started playing guitar about 5 years ago, so I never really used to listen in a focused way on guitar.

I do know that Robert Cray is a guy who almost always plays clean (except for some reverb). I don’t think he’s got a single pedal on stage. Who are some other guys, in a general rock/band context (as opposed to instrumental/soloist types), to listen to who play like that?

I do know that Robert Cray is a guy who almost always plays clean (except for some reverb).

Great sound! I hadn’t heard about him so thanks

It sounds to me like he is pushing the amp close to breakup, so I wouldn’t call this sound “100%” clean, but I am nitpicking 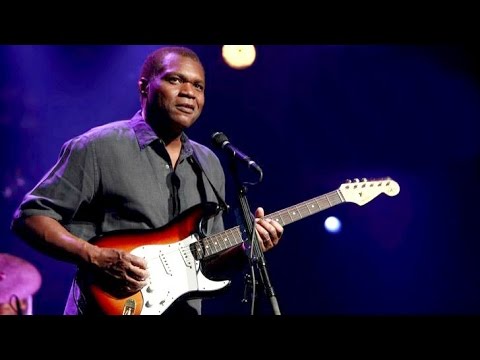 I read in an interview that on one tour he had a single song for which he wanted more reverb. The tech had to come out on stage and adjust the amp by hand. NO pedals for this guy (at least, at that time, but doubt he’s changed).

Are you asking about guys who don’t use effects pedals, or guys who literally almost always play with a clean, undistorted guitar tone?

I believe you that he has no pedals

But I still hear the amp being pushed to “breaking point”, and he could have effects like compression etc. after the mic has captured the amp (i.e. introduced at the mixing console stage), before the actual speakers that the audience hears.

I get you now. I honestly don’t know enough about effects, micing, amps, etc., to have made the distinction - I’m too busy trying to figure out this gadget called a “guitar”!

By the way, Pat Martino has one of my favourite clean tones (and licks

Yeah I mean Jazz guitar as a genre is a clean tonal aesthetic. Outside of Fusion/Jazz-Rock context the majority of “straight ahead” jazz guitarists don’t use dirty amp tones or heavy effects. 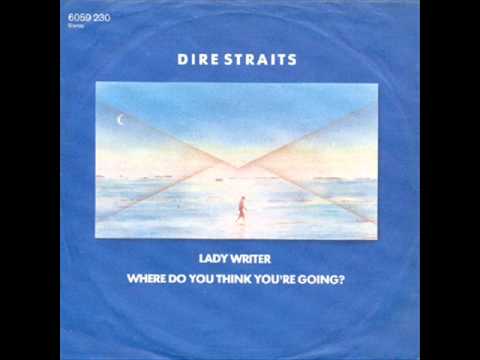 Like @tommo mentions with regard to Cray, before he switched to Marshalls and Soldanos he used to really push the limits of “clean” in a live setting. Pretty sure this is a Boogie MkII clean channel maxed out: 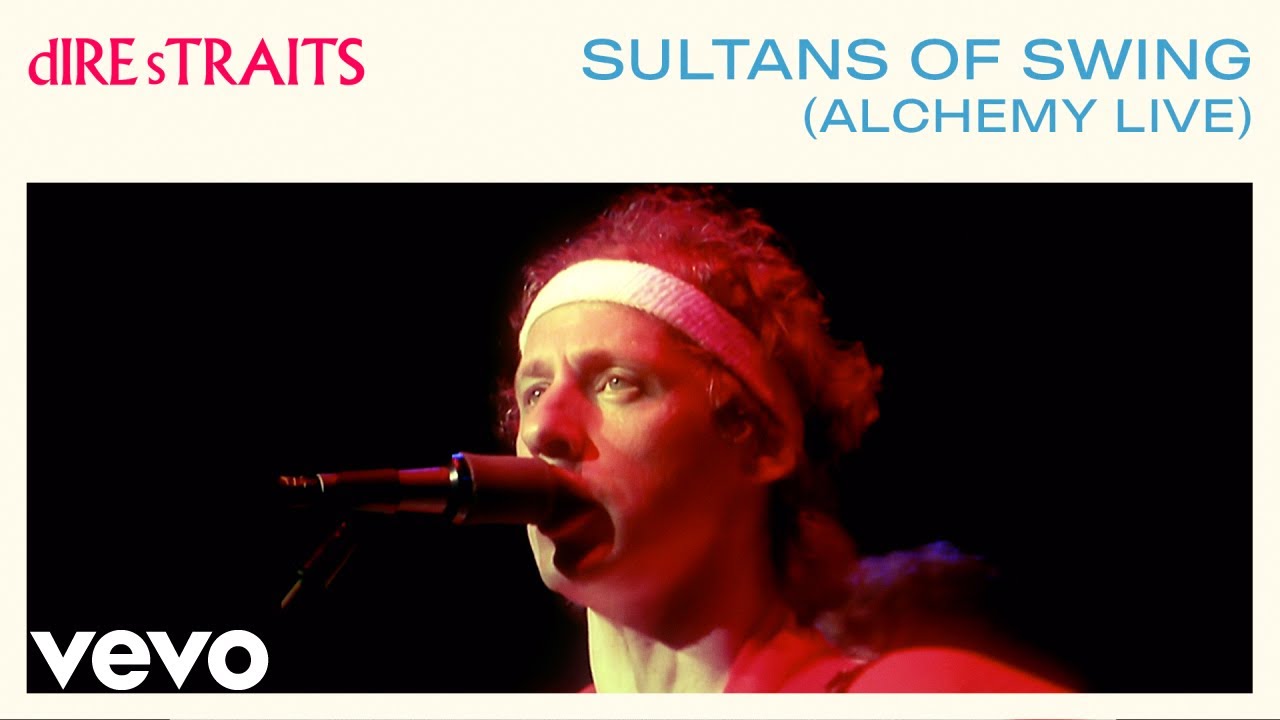 He had a Pete Cornish built rack for that tour, so there may be a compressor in there, but I doubt he needs it with the amp set that high.

Among those we’ve interviewed, Albert Lee. Exclusively. He’s even stated in interviews that he hates the sound of distorition. He does dial in some compression in the Korg unit he has used forever, but that’s about it.

Albert Lee is too damned good for his own good, lol.

Another guy who, if he uses any appreciable amount of gain, it’s very, very rare, that comes to mind is Danny Gatton. I haven’t listened to any of his playing in ages, come to think of it, so I guess that’s now my afternoon soundtrack at work.

A while back someone posted a Beato video where he and his crew do a pretty convincing job of demonstrating the advantages of .008 and .009 gauge strings. Granted, very subjective topic and there are lots of variables. But a few things to bring out in particular are that they were using a fair amount of distortion (if memory serves).

Cray I know plays (or least used to) 011s; Dan Erlewine measured his Strats years ago. A quick search shows Knopfler (post-Dire Straits) and Albert Lee using .010s, if that’s to be trusted. I’m getting ready to overhaul my guitar and I tend towards using less effects. I bend okay on .010s, so I’m wondering if I should set-up that way too (maybe even .011s). The .008s/.009s thing threw me a little, though.

This is my electronics naivete showing, but I’m wondering if given the relatively clean tone of those players, that’s a vote for .010s over something lighter if you like playing clean. Beato talked about the ‘SRV effect’ of people thinking that bigger’s better tone-wise (because of SRV’s beefy strings) and how that didn’t necessarily hold up in his test. But I did notice a pleasing difference when I went to thicker strings; I imagine some folks must still think there’s something to it.

(BTW, I don’t want to distort Beato in any way; what I’ve quoted is part of a larger, more detailed discussion they were having.)

One more piece… I’m willing to figure my nascent voyage into the world of USX into the equation. (I think some of you have said that string gauge doesn’t affect your picking much, but maybe for me at my level it does.)

Also, this is a Squier Strat that I’ll probably leave SSS but will upgrade to better PUPs.

So any thoughts on which gauge to go with?

Most of the Nashville type country pickers, some are downright filthy while clean!

edit: I don’t think Chuck D’Aloia has ever been mentioned here. 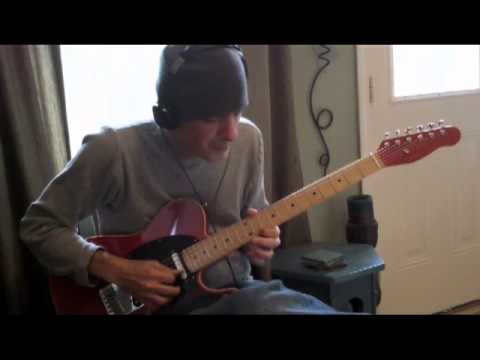 Too legit to be this underrated!
There are an insane number of phenomenal guitar players playing straight up clean.
1 Like
Dissonant_Timbres January 25, 2021, 3:31pm #15

Fripp plays clean and fast quite a bit especially on King Crimson’s 80s output with that gorgeous JC-120 shimmer.

Beato talked about the ‘SRV effect’ of people thinking that bigger’s better tone-wise (because of SRV’s beefy strings) and how that didn’t necessarily hold up in his test. But I did notice a pleasing difference when I went to thicker strings; I imagine some folks must still think there’s something to it.

I mean, as you note, context is everything. SRV played a vintage Fender Strat - a bright guitar with low output pickups, by standards of the day - into at least early on various clean Fenders turned way up - still a pretty bright amp, even driven into breakup - and played with a VERY heavy, aggressive pick attack. Not only did he probably need heavier strings because he’d simply blow up 9s, but the fact that 11s and 12s tend to be a lot more compressed and somewhat darker than 9s or 10s, which comparaively would sound brighter or more explosive, probably helped thicken and fill out his tone. Meanwhile, the reasons lighter strings tend to sound “better” through gain is they DO have a sharper, more pronounced attack, which can make notes jump out a little more.

I figured out through some trial and error pretty early on (like, within the first few years of picking up a guitar, in the mid-late-90s) that despite the “thicker strings = tone” thing, I actually liked the sound of thinner strings through a distorted amp. But, I felt like I phrased a lot better, and felt more in control, on heavier strings, so I just went with it anyway. For a while I was playing 11-68s on a seven string but the bending got to be a bit much for me and I think 10s these days are a pretty good compromise for feel, for me.

I think 10s these days are a pretty good compromise for feel, for me.

I feel like I’ve read other people say likewise. I can handle 10s, but when I bend a lot it can get to me; 11s might be asking for trouble. Kind of been thinking to stay where I am with the 10s, especially since I’m not a huge distortion guy. Anyway, I’ve got enough to think about with picking right now.

Yeah, I actually haven’t seen Beato’s video, but my suspicion is his focus on thinner strings is mostly within the context of distorted tones, and it’s less of an issue with clean sounds. Either way, honestly, I’d just settle on whatever feels the most comfortable to you, and then tweak things elsewhere if that involves a tonal compromise. Easy enough to find a darker or less dynamically transparent pickup, if you feel like you play better on thinner strings but want to smooth out your signal a little, you know?