Yngwie, Far Beyond the Sun

Thanks to cracking the code, I’ve started to learn downward pickslanting and can finally play most of the first few minutes of far beyond the sun! But the lick at 2:40 here is giving me trouble: 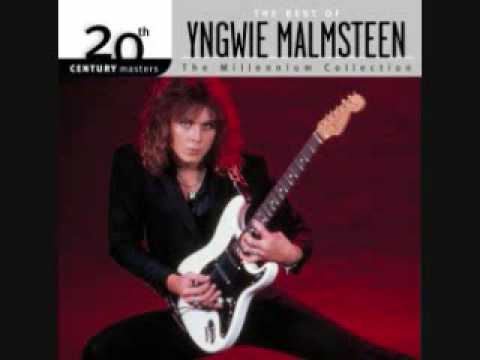 The tab provided by another user shows the segment that’s tripping me up being fretted as follows:

I’m trying to play it by picking the first two notes, the 15 and 14 on the B string, as downstroke, upstroke, and then hammering onto the third, the 15. Then I try to do an upstroke on the 13, e string, and a downstroke on the last note on the B string, all with downward pickslanting. The sequence of hammer on, skip to e string, upstroke, is what’s really difficult. I can play it at slow speeds just fine, but when I get closer to the original speed it just breaks down.

Am I approaching this the right way?

I’d also like to say thanks to Troy and his incredible team. Thanks to you guys, I’ve gone from not being able to tremolo pick to being able to actually learn Yngwie tracks. It’s an incredible difference, and I’m very grateful for all the great material you guys have put out.

I had tried that, but when you slow down the track, you can hear him hammer on to the 15. At the time I couldn’t find a reason for hammering on to that note instead of picking it if you were just going to play them all on the same string, so I assumed that Yngwie was playing that 13 on the e.

I’ll try playing them all on the B string, since that should be doable, but it sounds like he’s using the hammer on to give himself time to change to the e string. Is it even possible to do that at that speed, or is he just doing the hammer on for fun?

At the risk of sounding super asshole (not intended) - are you expecting anyone to slow your version down? This is a fast piece and I doubt many/anyone would really notice or care if you didn’t hammer on 1/1000 notes. And anyway - it being on a single string doesn’t mean you can’t hammer it and get that sound does it? If you have made it to 2.40, then you are doing awesome - it would be a shame to let the ‘perfect’ get in the way of the good here.

If you get a chance to post yourself playing it - that would be super cool! Would love to hear it.

I know you won’t be able to hear the difference at all, I’m just trying to make sure that I’m not missing some piece of technique that’s preventing me from playing it that way. You’re right though, it doesn’t really make sense to spend a ton of time trying to play this with some magic fretting that makes it more difficult.

I’d be happy to record a cover of it. I was planning on doing it when I finished the whole track, but I could record what I have so far. I’ll have to fudge the ridiculous left hand legato lick that’s in there though, I can’t play that yet.

Unless you play the last note as a hammer as well? A well placed hammer can sound pretty close to a picked note with distortion…

Oh true…I forget that you can just hammer notes out of nowhere. I’ll work on that

Cool. Also, if you play the tab above as written with legato for the 1st 3 notes, does it give you enough time to do an upstroke on the e string followed by a downstroke on the b string?

Hey everyone! I wanted to share with you guys a really cool discovery I stumbled upon while transcribing some solos from the Alcatrazz record “No Parole From Rock and Roll.” This album features, in my opinion, Yngwie’s absolute best playing. I don’t believe Yngwie ever quite achieved the balance of fiery shred passages and gripping melodicism as well as he did here. Maybe because for this record he actually wrote all of his solos (as evident by the fact that he plays them nearly all note for not…

This really only works when you use legato to give time to make the upstroke string change. 2 upstrokes in a row over an ascending string change are practically impossible in Yngwie’s system.

I’m not sure, will try that later. Thanks for the suggestion

This is really good thread, thanks! So he just legatos the first three notes? No picking at all?

I’ll look at the thread you linked some more tonight, I have some stuff to do at the moment. Thanks for your help guys, I appreciate it.

Enjoyed your rendition, keep it up buddy - its a great tune.

Thanks! I’ll keep at it.

Yes, I believe he starts this phrase with legato after 1 downstroke.

Nice work on the recording by the way, that’s a lot of material to memorize!

I’ll try picking the 15 and using legato for the next two notes. It’s tricky to get to the upstroke quickly enough.

If you have made it to 2.40, then you are doing awesome - it would be a shame to let the ‘perfect’ get in the way of the good here.

This is really very good advice - I’m glad OP took it in the spirit it was given.

I am studying a lot of the early Yngwie stuff at the moment and one thing I am learning is I am needing to tackle some of the licks in a slightly different way to get them to work with my mechanics. For example on blistering high speed turnaround licks Yngwie uses economy picking which to me as a long term alt picker is not really working - so I am looking at ways to do it alt picking.

The legendary thread that inspired my Early Yngwie thread! Some gold in there