I love this lesson. Has a great feel to it. 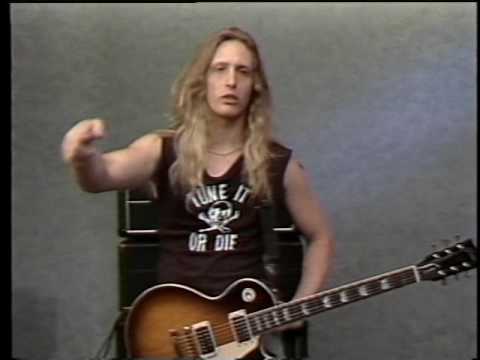 Brilliant - how about his tone! Wow. Great picking and playing all round. Some really nice legato stuff too during the opening solo.

I love how he goes in great detail about the tone, including the mic-cabinet placement!

Yeah, I love how accurate he is with the Van Halen info without the type of widespread info we have today.

The whole vibe is perfect.
Idk about the whole variac n voltage talk, but thats cus I’ve heard so many different opinions on this. I’m not educated enough to comment on electronics, but he obviously knows how to get Ed’s sound.

If you want an in depth run down of the “brown sound”. This guy does a wonderful job of it. 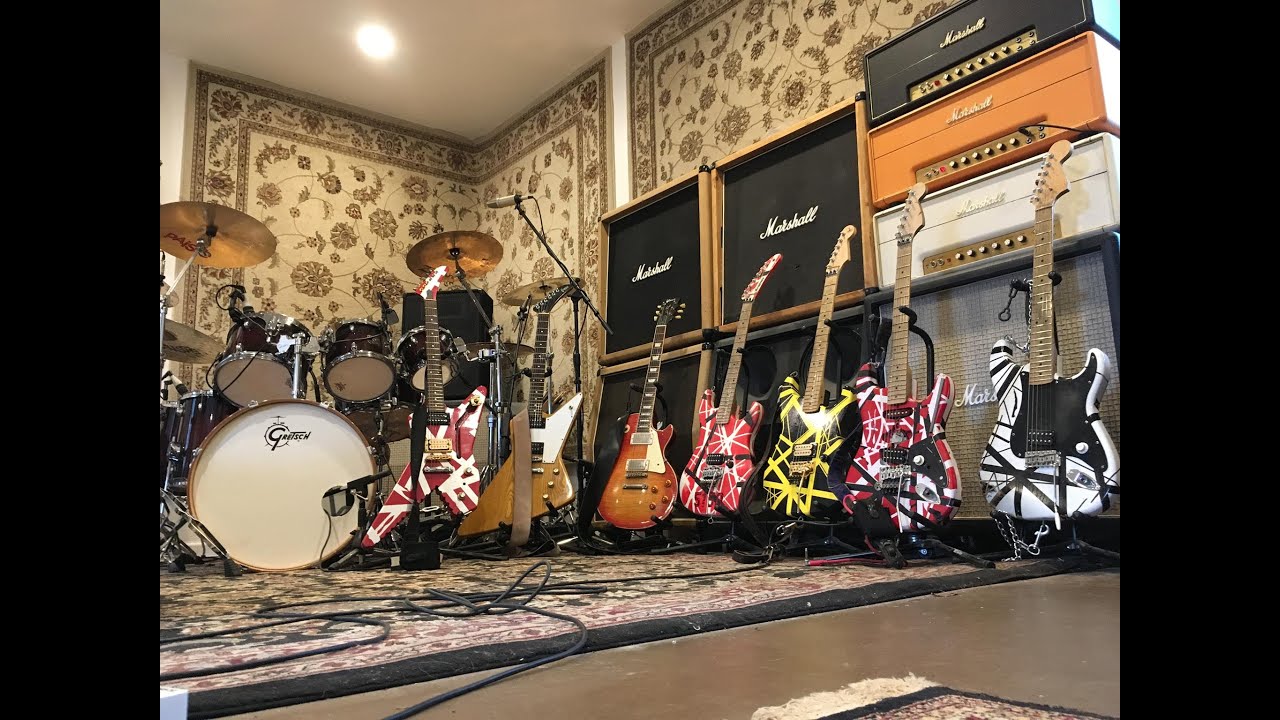 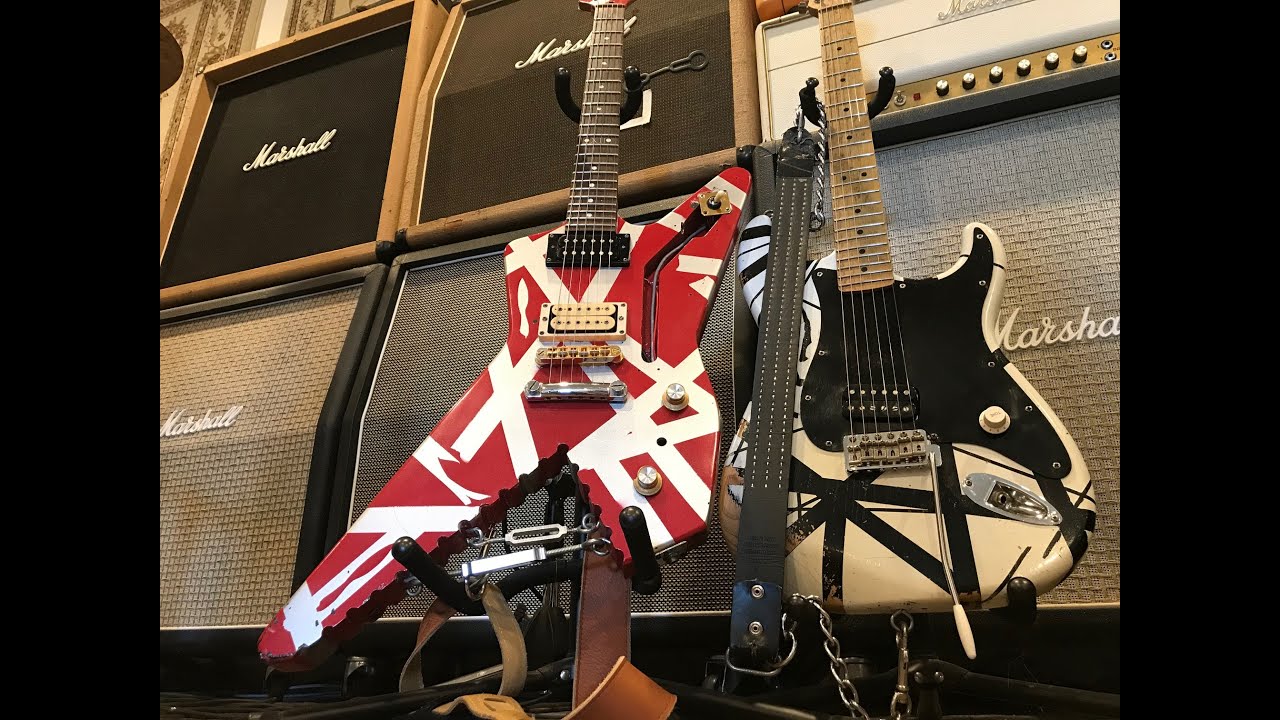 There’s also numerous Pete Thorne videos on it too, where he also goes in depth.

Thanks for posting this, it’s a really great video!

I remember being a young teenager and feeling this huge leap forward when I learned how to play all the riffs and solo of Crazy Train. curt Mitchell had a video out where he detailed it (along with lots of other cool RR licks/riffs). Curt did a great job on that video too.

I have no idea why I never bought anything else he put out…maybe that was where my stubbornness began as I recall this being around the time I purchased a “variable speed phrase sampler”. I probably figured I’d just go it alone with that and learn stuff on my own

It might have been his association with Bangalore Choir. You guys were talking about how you thought Danger Danger was the the epitome of the dying Glam scene in that other thread, well Bangalore Choir was exactly that. Also again he was the wrong type of player in a really bad time for guitar playing, so he went largely unnoticed.

Point me to this thread lol. I love the glam rock. Whats danger danger?

It was the band Andy Timmons was in before going solo. I dont remember which one it was. There are so many posts here that end up with some non sequitur banter it’s hard to keep track.

Great player and the vibe is right on. There are a few licks wrong here and there, like the “I’m The One” pull off lick which also appears in “Eruption” and “Somebody Get Me A Doctor”. But this would be pretty good for 1995, and again, the feel / tone are spot on.

Idk about the whole variac n voltage talk, but thats cus I’ve heard so many different opinions on this.

I think the overcranked variac was one of Ed’s infamous fibs in magazine interviews. I’m pretty sure it was undercranked to like 80 volts or somewhere about. I feel bad for whatever working stiff non-wealthy musician read those interviews and went home and tried to run their amps at 140 volts for any length of time.

I think the overcranked variac was one of Ed’s infamous fibs in magazine interviews. I’m pretty sure it was undercranked to like 80 volts or somewhere about. I feel bad for whatever working stiff non-wealthy musician read those interviews and went home and tried to run their amps at 140 volts for any length of time.

Indeed, it was 85-90v with two of the tubes pulled out and the bias moved more positive to compensate for the reduced HT. He was notorious for telling stories about his gear back then, although a lot of his sound really did come from his playing.

Rick Beato also did a vid on the “brown sound”. 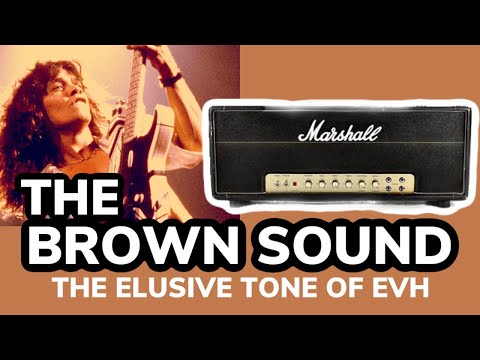 This section is intresting as personally from the two examples, Idk if I can hear a difference. Do you?

I think when Rick does it he doesn’t adjust the bias as well. Be that as it may, the difference is harder to convey over digital media, a lot of the difference is in how the amplifier reacts to transients. When you lower the HT, you start to get a lot more compression. It will also have a quicker transition into overdrive.

I think Troy hits the nail on the head about Curt’s videos being good for 1995. And of course he’s absolutely right about the “Eruption”/“I’m the One”/“Somebody Get Me a Doctor” lick…but as I’ve said before-to the best of my knowledge, NOBODY got that lick right until Troy figured it out! I certainly didn’t get it until he showed me the light!

The very idea of even attempting to do a detailed examination of Eddie’s style and tone tips for the home video market back then was VERY unusual and very ambitious and I applaud him for trying.

In the end, I feel like he was just as inaccurate as the Cherry Lane Publishing transcription books which ended up fueling my whole desire to work at getting to a much closer level of accuracy. But, again, for it’s time…Curt’s videos were very well done.

In my opinion, Pete Thorn and Dave Friedman’s “Deep Dive” and VH pickup shootout are the last word on Eddie’s first and second album tones. They basically collated and demonstrated what was discussed and implemented on the MetroAmp forum back in around 2009 or so when myself, Pete, Dave, Brian Kehew, Phil Easterling, Mark “Rockstah” Abrahamian and a few other really smart guys honed in on. The point about biasing to match the setting on the Variac (which was indeed around 89 or so) is HUGE. So key…and Pete and Dave demonstrate that very well. Also, the JBLD120F speakers in combination with Greenbacks or Blackbacks is major for first album tones. And as far as pickups, well Pete and Dave pretty well covered just about every permutation and they settled on standard DiMarzio Super Distortion or a clone thereof for first album tones and slightly hotter PAF for second album with Blackbacks and/or Greenbacks for second album tones generally speaking.

And as far as pickups, well Pete and Dave pretty well covered just about every permutation and they settled on standard DiMarzio Super Distortion or a clone thereof for first album tones

When I’ve done blind listening tests on the internet before, I’ve often come out liking the DiMarzio Super Distortion, and sometimes the Ibanez Super 70. But on the latest EVH pickup shootout on Pete Thorn’s channel, what stood out for me was the Fair Warning tone Pete got with the Seymour Duncan Custom Custom. Doesn’t hurt that Pete’s an amazing player going through exactly the right amp.

I will say that the video was specific to first and second album tones only though he may have played riffs from ‘Fair Warning’ at some point, any relation to tones from that album are likely accidental. ‘Fair Warning’ is the first Van Halen that had Eventide Harmonizer detune chorus and sub-octave effects on it…those things are very critical to those tones. Also there was a lot of standard Stratocaster on the album…so “the” tone of the album is very much more multi-faceted than the other previous albums.

I don’t really hear the first album tone in the super distortion. Either in real life or the videos posted. I have an old one from the 70’s, There’s something in the voicing of the super d that I just don’t hear on the first album. It’s too thick, and dense and has a very prominent lower mid and bass push that I just don’t hear on that first album. Granted a lot of the sound of that album is due to studio engineering. If he did use a higher powered ceramic pickup, it was most likely the mighty mite copy. It has the grind of the super d, but not as exaggerated of a low mid, and bass push as the super d does. He also used different guitars on that album so there’s always that.

After the second or third album or so is when he started using his amp in the slave configuration with a dedicated solid state poweramp to drive his cabs so he could start using some of his effects particularly time based ones post distortion generation. This was his setup until the late 80’s when he started using the Soldano slo-100, and then eventually the peavey’s in the early 90’s.

I personally feel that no matter the tone, you can get good music from it.
Look at Morse code, you can communicate very powerful things with just a single tone and time.
There are so many songs I love, that have very little tonal character, yet are meaningful to me , like on Gameboy. The composition and feel is everything. The actual “Tone” Or sound is just a bit of spice on the dish

You adapt to whatever tone you’re getting with practice and can even make a fart sound good by changing the notes and composition. Just like synth keyboards.

To an extent I agree, though if we look at art, you can convey feelings, thoughts etc, with bare basic brush strokes. And the basic nature of the medium acually creates the atmosphere.
Like minecraft. It’s just blocks, low definition simple shapes, but it’s an awesome game. And you wouldn’t be able to recreate it’s atmosphere and feel with higher definition graphics.

I think it’s very reasonable if not smart to actually “tone it down a bit”. Imagination is a perfect example of this as you can imagine unbelievable scenes in your head, but the factual details are missing, and that’s part of the magic.