Far Beyond The Sun - old vid 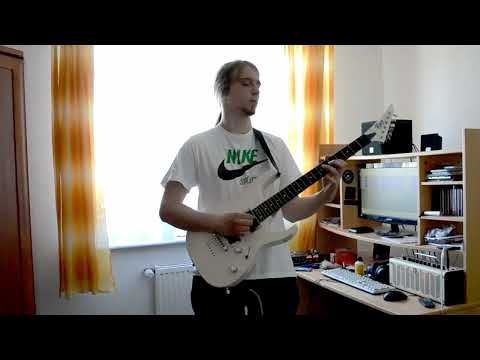 DSX cover from the archives. What I find interesting is that I’ve had some forearm motion going on (diminished lick at 4:18) but I used it only for very specific licks and could never incorporate it into my ordinary picking.

DSX cover from the archives.

Awesome! Did you know about DSX etc. at the time, or did you just figure out all these solutions by intuition?

Sounds amazing and I love your pick attack!

It’s from 2014, I didn’t know about CtC’s existence back then. All I knew was that I could change strings only after downstrokes and using descending sweep. Couldn’t figure out why though.

Great playing, so am i right in assuming that you would have arranged all those lines to fit with dsx and upwards sweeping? Did you have any secondary escape motions you could use after upstrokes?

Yes, and I never really did that much of conscious arranging, my hands adjusted things on their own.

That’s awesome!
Since then, have you developed a usx or dbx motion also? Not that you need to at all, I’m just curious

Finally having some success with forearm rotation driven alternate picking. It's...

I’ve had some success with rotational USX (instagram link), it’s still not 100% right though. I think all these techniques are something that you just have or don’t have. In the FBTS video there are some tiny instances of upstroke string changes in very specific places (lick at 2:31 for example) but it never developed into a full Paul Gilbert type DSX+helper motion. It seems I’ve had good instincts but for some reason couldn’t figure that one out. I’ve always had problems with anything involving rotation, USX, funky rhythm playing, gypsy tremolo, etc. 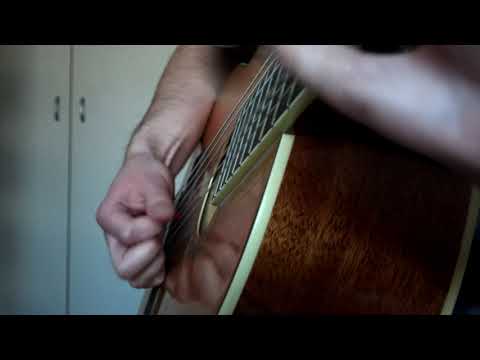 The lick in this video sounds fine and looks fine, right? I ended up with golfer’s elbow because of this motion.
I’ve figured a lot of complex stuff by feel as a kid and USX still gives me trouble after more than 3 years of various types of practice, even though I have ctc knowledge and experience in learning such stuff. I can kind of do USX, I can kind of do Batio style elbow + forearm mixed escape, I can kind of do forearm + wrist DBX. Kind of. There’s always some problem with pick attack being too loud, pick attack being too quiet, upstrokes being sticky, downstrokes being sticky, both strokes being sticky at the same time, smashing my index finger into the strings, unintentional muting the string that I’m playing with my palm on downstrokes, string changes feeling like a special event, even though the motion clearly escapes and is fast. I’m going to take a longer break from practicing this stuff soon and I’ll post my USX/DBX/mixed escape progress before that.

I had the opposite experience with injury. I developed tendinitis in my elbow when trying wrist only picking , clearly I was doing something very wrong, so I went back to developing my forearm wrist blend.

It’s the only motion I can get up to speed, when I get it right, which isn’t every day, some days I lose it a bit. But it is the motion I developed early on, without realising it, so it’s in there. I think I just get a mental block some days and struggle to get it smooth or comfortable at speed.

I love your playing! Gives me goosebumps!

You are an inspiration. I haven’t touched a guitar for two months maybe!

Really like your playing, great vibes and love the direction you are taking it, those etudes are very cool! So glad to have your energy around here!

Blitzkrieg can be translated too

Oh wow is this fully DSX?

As usual, this sounds awesome, are you ad lib/improvising around with it? Or is it a note for note copy from a live version?

Don’t suppose you have a YouTube version? I’d be interested in slowing it down to figure out the fingerings.

As usual, this sounds awesome, are you ad lib/improvising around with it? Or is it a note for note copy from a live version?

There are some completely improvised parts like 1:45 or 3:10 and stuff like solos at 2:16 or 3:44 is mostly planned out but I’ve never played it 100% the same, I’d change the licks a little every time. If you need help with transcribing anything just ask me and I’ll try my best to help.

Sure, a lot of them actually.

You have all the right ideas brother, killing it. All those fillers, dedication to the craft. Love it.

Sure, a lot of them actually.

I remember when people first told me that Yngwie used pull offs in some of his lightning fast Alcatrazz era picked runs and I didn’t believe it! LOL Now I can hear them

I really like @adamprzezdziecki 's playing too. I remember when you did this blazing USX run a year or so back and it was so good it got me to completely reinvestigate using more USX in my playing!

I found the thread you put it in:

It feels 100x better than any of my previous attempts. It took me 3 years to finally find it, it started clicking about a month ago. I still have problems with string switching and tracking but for the first time I feel like I’ve found something that works.

Now am using that as part of my toolkit as well! Thanks Adam

@Twangsta hoping to hear more from you too soon!

Wow!
This sounds really great, and I find it super interesting that you got very close to Yngwie’s sound (although not entirely) with a quite different technique. It is a great inspiration, thanks for sharing this!