Hi all, so in another thread there was some good videos linked on how to do pinch harmonics.

I announced that I always struggled and I was going to make a concerted effort to fix this.

That was a month ago and although I haven’t spent as much time as I would of liked I have tried.

I’m stuck though, I’m using the method of moving my thumb towards the pick point when I want to do a PH but I find I lose grip of the pick a lot of the time.

I wondered if anyone could please post or link a close up video of PHs in action so I can see how it’s really done. It’s not making the PH that is the problem, although I could be better and it’s probably just that I need to hit the right point on the string, it’s changing the grip to do a PH then more importantly changing it back.

Maybe I just need a lot of practice but I wanted to see exactly how other players are doing it to be sure I’m not doing it all wrong.

Thanks in advance for the help it’s much appreciated.

Here is a very haphazard video, but I get the point across. I am better with text sorry…
Most pinch harmonics are done with the thumb, but thats just due to the way most hold the pick. You can use any technique as long as you are halfing the vibrational range and putting in a high ammount of force to rise the vibration speed in that shorter range to a harmonic, there are various nodes in the harmonic series that will produce harmonics, just like the twelfth fret.
I am currently working on developing my harmonics with the ring finger, behind the pick, and this lets you do harmonics without the thumb, just like holding the pick evh style and using the index to do them.

Here is Joe Satriani doing a lesson and talking about harmonics. Pay attention to him saying that the harmonics on the fretboard are flipped in the picking area.

Thanks very much for the video, very good, I’ve never tried that before with the ring finger I’ll give it a go for sure and see if I can make it work.

I did experiment with using the side of my palm as I saw Jo Satch doing that once but it’s just not accurate enough.

I detect a slight west country accent; I’m from Wilts I guess you might be from the south west too.

Accents are funny, you never notice you have one unless you interact with others from different areas. Hope you can make a vid in future as helps me learn too.

it’s changing the grip to do a PH then more importantly changing it back.

I know the Ben Eller video below was posted in another thread, but I think the key part that relates to your problem is the bit below where he talks about rotating the thumb slightly to get the thumb meat closer to the tip of the pick. This allows you to briefly choke up on the pick without modifying your entire grip (at 4m50s): 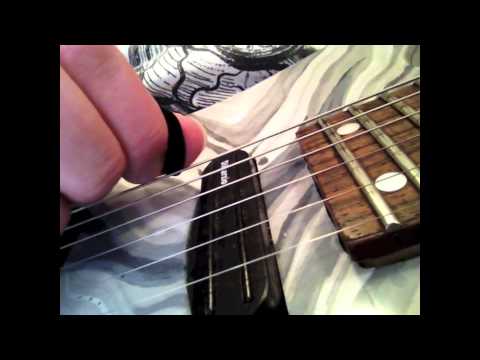 I’ll try and post some pics or video later, but a few other points:

Great @Frylock thanks very much I’ll give it another try with the rotation and I think I am sort of doing what you suggested already by seeing it as the thumb playing the note.

One of the videos had a good suggestion about drawing a dot or line on your thumb to pinpoint the area that needs to touch the string, I forgot about that I’ll try that too.

I just wonder how guitarists like Vai do it without looking like they’re doing anything different. That’s what I am trying to get to.

I think most pitch harmonics are a very practiced thing, it comes across as if they can do it anywhere at anytime, thats very much like everything we encounter in everyday life, someone gives you an explanation on a certain subject and we automatically think they know wayyy more than they actually do, that little bit of info they gave could very well be all they know.

I think this applies to guitar… and every aspect of life, I can almost guarantee the people you see doing pinich harmonics in an expressive way are either very lucky and picked the best preformance, or knew exactly where to pick to do it and played that 100’s of times before going on stadge infront of TV cameras.

I think I might of gone on a tangent… but Vai holds the pick quite close to the edge as far as I’m aware? I have not studied his technique… His knappsack vid with just the left hand was beautiful tho. No pinch harmonics there

Yes I also got that impression @WhammyStarScream. I’m concentesting on practicing a couple of different Vai PHs instead of trying loads of different ones all over the place.
Most players do seem to place them at the end of a run and normally there’s a small amount of space and time between the last picked note and the PH then the next picked note so this gives time to adjust the attack etc.

The one I just can’t get is the Crossroads ‘Intimidation’ lick where it’s the last note and before that note is a pulloff or slide so there’s time to adjust before the PH.
I actually found I can do it best using my old AH method of switching pick grip to 2nd finger and thumb and using the index finger to place the harmonic.

Anyway I’ll try your ring finger method tonight and let you know how it goes I’ll post a video if anything cool happens.

Hey @WhammyStarScream,
I tried the ring finger thing last night and I definitely made it happen just I need to practice a lot more. One of the Vai harmonics happens quite close to the neck so it’s a little weird having to move down past onto the neck to pick it. Although I’m sure the same harmonic is there higher up as well it’s just not so easy to pin point it higher up near the bridge.
Anyway it’s a cool technique thanks for the tip.

This is something I try to do to get it working better https://youtu.be/wbiZ8YC6lIg

I see that makes sense I just tried it and it’s easier for sure using that technique it gives you a bounce and is easier to coordinate the pick and bounce together.

I will try and post a video this week once ive got a cool Vai lick down, but today I’ve been so pissed off with my picking again it feels like I’m going backwards sometimes.

One thing to point out: Let’s call the length of the string L, where this is measured between the active fret (the one touching the string) and the bridge. After the string is plucked with the pick, you can now touch it in various places to get harmonics [rather, kill everything that isn’t the harmonic].

For example, to divide it in half, there is only one place to touch it, in the middle.

I guess that people with great pinch harmonics put them in as they memorize the piece, but I could be wrong.

But if you have a good eye, try to aim for 1/3 or 1/4 of the string, and hopefully it will sound all Zakk Wylde!

good rule. As a software engineer, applying formulas and logic to guitar playing has always worked for me.
(However, I do think that there’s a lot to be said for using your instincts and touch as well).

I think you are right that most PHs are very well practiced, especially Vai’s crazy runs, but I guess also it’s possible to memorize some positions, like Mr Wylde uses the same ones over and over so if you’re soloing on pentatonic D or E you can learn where the most effective harmonics are and improvise with them when needed. Like the G or A on the G string in the E pentatonic (12th and 14th frets).

That’s what I am aiming for, to be able to memorize a few good ones to start with, as I do tend to spend a lot of time improvising.

the problem that I’ve got currently is that I naturally place my 2nd, 3rd, 4th fingers of my picking hand below the high e string when picking, as a kind of light anchor point, so moving the ring finger (3rd finger) onto the correct string from that position to execute the harmonic is quite hard todo.
It’s just not used to it and it’s hard to find the right string to place it on, I keep getting the string below.

It’s a coordination thing, but anyway I will keep trying because I have got some good results with the bounce action it’s just making that transition.

I’m starting to get some soreness on my ring finger top joint where it contacts with the string and does the bounce so maybe I will build up a callas like you have soon.

I’m glad you’ve made this thread. I’m in the same boat, it’s low-key annoyed me for years not being able to do this, despite every youtube/instagram instructor having a “Learn pinch harmonics in 5 minutes” video, I have very little luck even accidentally doing them, never mind on command on purpose.

@SlyVai You can use the lower thumb and the index finger too, while still having the pick sticking out far. It’s even possible to use the pick itself to do them, tho thats quite hard…
Could you make a vid showing your grip?

Hi I’ve worked out a little practice routine to try and improve my PHs so I will try and video that to show you my grip and technique if I can, I’ve never tried to video myself playing before.

To be honest today I gave up on the ring finger thing and went back to PHs trying to do a rolling motion with the thumb mentioned by Ben Eller in his video, and that’s better but is really how I was trying do it for years before, and it’s still hit and miss.

The miss is really bad when it happens goddam.

Thanks for posting the video. This is different from how I imagined it based on your description. Even though I’m happy with my “traditional” pinch harmonics, that “ring finger” method looks interesting to experiment with.

I think like slyvai found out it all depends on your anchor points. I’ve tried so many over the years inspired by guitarists I like and trying to create a perfect right hand method that looks cool. But the absolute basic palm on low E works for just about everything, harmonics, sweeping, picking, hybrid picking etc. I just don’t like how it looks, but it gives you freedom to do just about anything. I think it’s the best anchor there is. But then thats just my experience.

I just did my best to get a video for you, I hope it’s close enough for you to see, I don’t have a fancy “magnet” like Troy to do closeups of my picking hand. 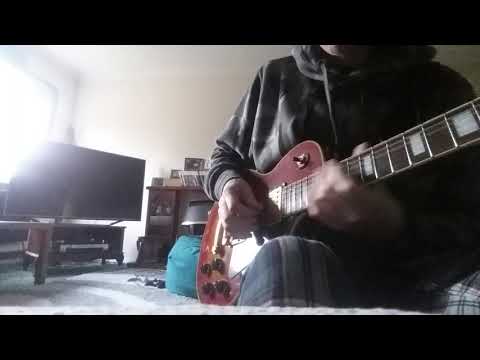