I don't see how you can get any speed this way

I’ve also seen some videos by Ben Eller on YouTube where he talks about downward pickslanting and he is moving his wrist back and forth kind of like up and down. But the problem with that is you are using a lot of motion by picking that way. It’s not very economical and it will kill your speed.

I’m thinking of going back to my older way of picking which is from the thumb and forefinger like Yngwie does it. You can keep the pick practically on the strings at all times.

This business of using so much motion I don’t see how it’s gonna work.

Hey there. I offer a few counter examples: Troy G’s motion is quite large IMO, and he just cooks. Paul Gilbert’s motion is also large and aggressive. And Anton Oparin uses a wrist motion, and he is one of the sickest alternate pickers out there. 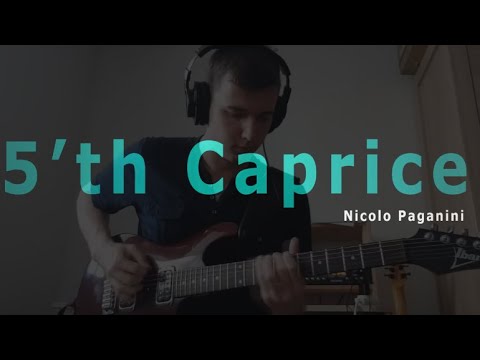 Re “a lot of motion” - well, you’re only going half a centimeter or so, perhaps 0.7 cm. The issue is less about how little distance overall you’re travelling, but rather the velocity at which you travel through the string. If you stay too close to the string, and don’t move through it with sufficient velocity, you can end up just “rubbing” the string with the pick, and not getting a defined sound.

The pick is going a lot more than a half a centimeter. There is a lot of travel there.

It works for so many world class players. So I don’t see a point worrying about it.

Not really sure what’s being said here.

Agreed, was a bit puzzling for me too.

Using small movements as a way of building speed will get you nowhere. If your picking motion is correct you will be able to play fast and your movement will get as small as you need automatically when playing fast. If it’s not correct you can make it a small as possible but it will be still the same inefficent movement, just smaller.

There are so many incredible players who use “small motions” and pick ridiculously fast, i’m surprised that this is not addressed that much.

I’m very much aware how players like Troy and Paul use big motions, for speed and it undoubtedly works, however the advocates for small movements are many, and they also cite, less hand fatigue.

I’m very much aware how players like Troy and Paul use big motions, for speed and it undoubtedly works, however the advocates for small movements are many, and they also cite, less hand fatigue.

A small motion is fine, as long as it’s efficient. You can very much do a small movement yet still be inefficient with it somewhere. This is why string hopping is so horrible. You can have an incredibly fast picking motion, yet trapped, and if you try to change strings by hopping over it, you’re dead.

The string crossing is where it we’ll get stuck or hung up or whatever. We can’t change the fact that there is a given amount of space between any 2 strings. So if our picking movements are so tiny that they only move enough to go from one side of the string to the other (when playing on one string), even doing a string change with a proper escape can feel like we suddenly have to leap to change strings and that type of inconsistency (tiny tiny tiny tiny LEAP tiny tiny LEAP tiny tiny etc), at high speeds can really feel awkward or jerky.

If we use a slightly larger motion (yet still efficient) so that the pick strokes that stay on the same string are roughly the same size of movement as the string changes, then the string changes start to feel like they disappear. Sure, as we get faster the motions will start to get a little smaller, but that happens naturally and it happens because it is fast, not the other way around (where we’d hope a small movement will automatically be fast).

I can never say anything better than the way Tom Gilroy does. He has a clever analogy of motions to metals in this post:

Hi @mvwestbroek. I think you’re confusing two ideas here. “Planted” in Rick’s terminology is not the same as “Trapped” in Troy’s terminology. Rick is advocating practicing in a manner where after each pick stroke, whether it be an escaped stroke or a trapped stroke, we continue the action to ready the next stroke by touching the pick against the next string in the position it will need to be in. The goal is to train ourselves to make the smallest possible movement which allows us to execute wh…

The big problem with telling people to use small motions is that it often encourages excess tension (trying so hard to not let the motion be large) or worse, they use a trajectory or joint combination that isn’t conducive to what they’re actually trying to play because all they are focused on is the size of the motion.

Lastly, something really important to consider is what joint a player is using for their movement. A larger joint can often create a larger movement. Yngwie looks like he makes pretty small movements. What joint does he use (loaded question, he has a couple different picking motions lol)? There’s a lot of finger motion in his smaller movements. That’s a tiny joint. Rusty Cooley is categorically faster than Yngwie but he uses his elbow. His motions are bigger. Though in his case, the faster he goes the smaller the motions get. Again, this is because he is getting faster. It’s not the smaller motion that’s making him faster.

The TLDR version is:

Got an efficient motion? Great! Feel free to make it smaller, if you need to.

Got a small motion? Don’t expect it to be fast unless it’s efficient, because it may not be!

That’s the reverse of what’s actually happening. They aren’t playing fast because they’re using small movements, their movements are small because they are playing fast. It still requires correct motions in the first place.
If you look at many superfast pickers they’re very often playing in a way that for the most part except for string changes the pick is in constant contact with the strings, that’s true. But it’s required for totally crazy speeds only a few technical superhumans like Rick Graham play at. There’s also a tradeoff - it’s like constant reststroking that kills your note right after it’s played. That’s ok if shredding scales on overdriven guitar is all you want to do. If you want to have a nice sound in medium tempos on clean electric or acoustic guitar the pickstroke needs to be bigger to prevent the pick from killing the note right after it was played.

Its also worth thinking about switching strings (talking alternate picking here) which cannot be done with tiny movements (going from one side of one string, to the opposite side of another string). It kind of shows that tiny movements are not as important as othe components. Sometimes I think that what a lot of players advocating tiny movements are also referring to beginners that are using gigantic movements, especially with the fretting hand.

A small motion is fine, as long as it’s efficient. You can very much do a small movement yet still be inefficient with it somewhere.

Years ago within my group of guitar-studying friends, we used to believe that smallest possible motions were the thing that lets one play fast in the first place. The Cracking the Code collective has shown that it really is not… and thankfully so!

Although likely there will be some very high threshold where you actually do have to make tinier movements in order for your pick to hit the string fast enough, just because of how our hands/arms are built. But that’s probably somewhere in the John Taylor ultra speed dimension.

after watching the video from Ben Eller, he’s only restating what Troy teaches.
makes perfect sense. especially the karate analogy.
start with big movements and refine them