This has always been one of my bucket-list tunes, ever since I heard it on a guitar CD in 1996. It’s an awesome angry blast of Johnson-ness and blew my mind as a teenage bluesy learner with no idea what an arpeggio was.
Now that I’m armed with proper knowledge of EJ’s picking, and have developed some of the speed necessary with USX picking, I’m going to attempt to get it learned.

I’ve got an internet tab which seems right enough but I’m just trying to make sure it’s got all of the lines correct.

I’m sure I’ll come across some challenges trying to learn this so I thought I’d start this thread, to to see if anyone can jump in if I get stuck

Here’s a speedy phrase which I can’t work out how to play efficiently.
It comes at 1:18 in the track:

The second half of the bar has successive one-note-per-string descending arpeggios, which doesn’t fit in with USX motion.

As far as I can see its either:

With most players I would assume b), but I’ve just never seen EJ play an upward sweep.
Could someone with more knowledge of his playing suggest what they think he might be doing here?

Here’s my best guess at a USX compliant version. It’s got a string skip and a big pinky stretch in it, but it feels more Eric-y to play.
Could be this?

Cheers, yeah, that makes sense for that first half of the bar.
The thing that I’m really keen to get some opinions on is the left hand - ie how EJ originally fingered that arpeggio.
Did he play one-note -per-string arpeggios with an upward sweep, as per the original tab (seems a bit unlikely to me)
Or did he play a two or four note per string USX version as per my tab, but with the string skip and the big stretch.

I’ve recently been trying to figure out some classic EJ licks, now that I stand a chance at playing. My gut reaction is these tabs don’t represent his left hand fingerings.

I’m in the middle of something presently, but I’ll take a stab at this one within the next couple days and post an alternate solution.

Good luck with “Camel”! As an EJ fan/student, this is what I can add to the matter:

Keep in mind that EJ at the time of Venus Isle was a picking monster. Live he improvises a lot and goes for more consistent note choice with some phrases. We never can know for certain what he did in the studio at the time. Live he goes primarily for his “comfort zone” which is USX/DWPS.

Let me know your opinion on it and if it works for you.

You know what - I think that’s it! I’ve just listened to it slowed down, and I think I can can hear a slide where you put in from the 14th to the 11th fret.

So that’s fascinating, because that would mean he’s not using USX on that line, but like you said, he was a monster, and I guess would just use what ever felt fast and right.
I was surprised at how easily I could speed up that ‘inside’ picking you’ve transcribed. It feels efficient enough to get it fast.

Thanks for putting in the time on this mate, this is exactly the kind of help I needed.

I imagine I’ll be coming back to this thread further down the line as I keep working on it. It’s so helpful to get someone else’s perspective and knowledge on it.

You’re very welcome, and thank you for sharing the phrase

The cool thing about this is that once you have something that has been worked out, examples pop up in other EJ songs. I won’t bother you with it now, since you have to concentrate on Camel, but there is a couple of very interesting arpeggio patterns in both When The Sun meets the Sky and also in Venus Isle that are shrouded in mystery since EJ never plays them live. But that’s for another time. For now, enjoy Camel and I’m looking forward to more Camel EJ puzzles

Love this tune, Venus Isle is an underrated masterpiece. Really looking forward to what people find in this monster of a solo

Nice! I will endorse this. I’m not sold on the hammer on here though: 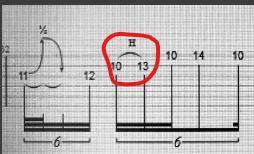 To me it feels more natural to maintain a DWPS just pick all the notes in my above screen shot, using single string downward sweeps where necessary.

Also, the lick isn’t so fast that we can comfortably do some rotational stuff and do 1NPS picking here:

But…I wonder, and we’ll never truly know without video, if he’s hybrid picking there. That makes it way easier. It allows the whole thing to be played with DWPS/USX too.

It’s really fun trying to figure this stuff out though. There are so many ambiguities and ways to play his stuff that sounds and feels right. I always end up with like 2 possible ways and for months scratch my head on which way he really used.

I’ve been thinking of starting an ‘Awesome EJ licks’ thread where we post short clips and throw around ideas of the exact fingerings and pickstrokes. Thanks @Oboy for posting this. It’s just a cool lick.

Thank you for your insights. Please start that thread, that’s a great idea

Yeah once I get some initial work done, I can’t wait to do that.

On a related note, this tasty mixolydian lick reminded me of some stuff I’ve heard Troy do on here. Check these out, for some fingerings references. A couple parts, especially the half step bends in the second clip remind me of the Camel’s lick that’s the subject of this thread. Great playing as we always get from Troy 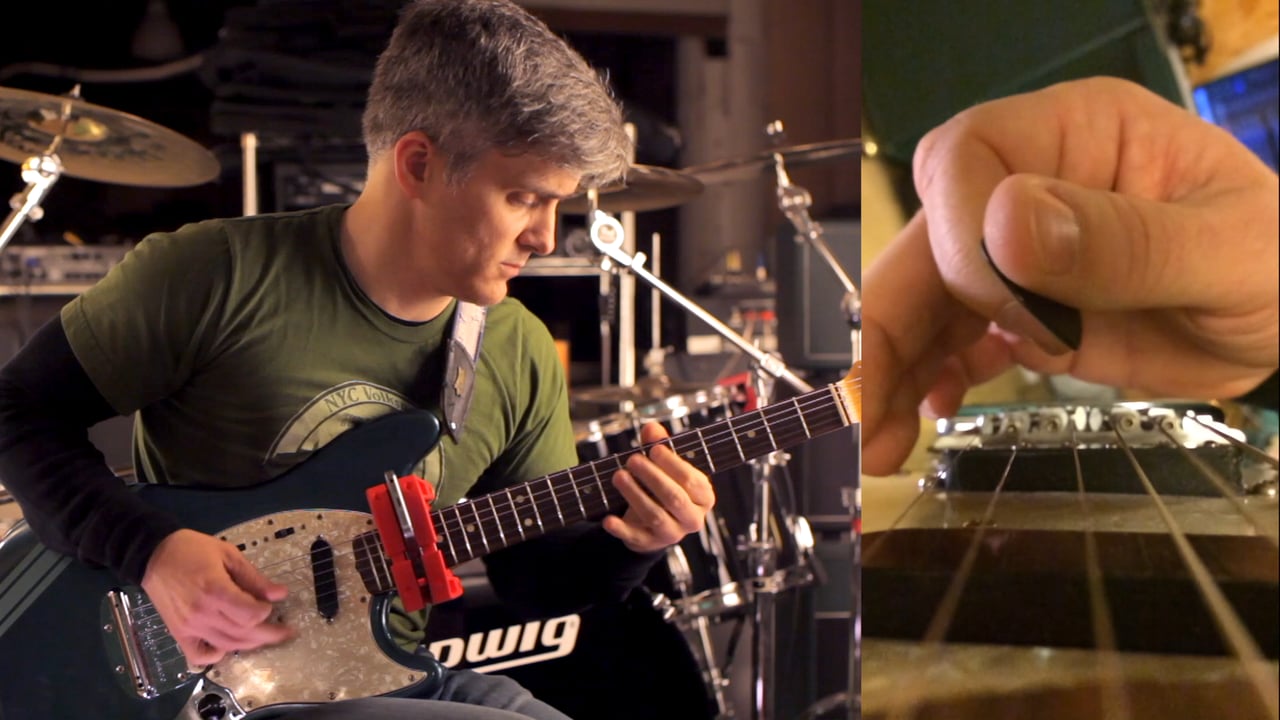 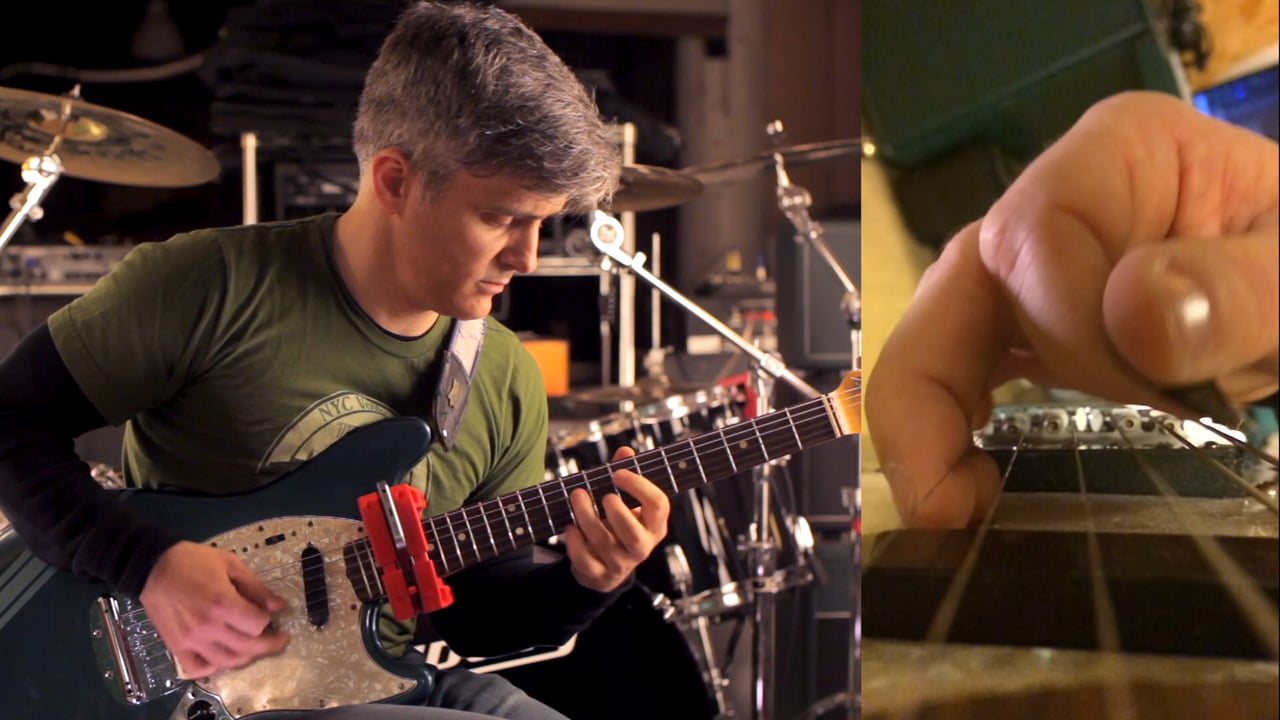 I’ve wondered about that exact same lick for years because I have the tablature books on Venus, and his other albums. My guess is most of it’s not accurate. he’s not really doing hammer one and pull offs like it says in the book and there’s no way he did that arpeggio that way. Either that or he was developing into a two-way pick slanter.

I really appreciate the input on this thread.
I think there are a few more licks in this tab which will benefit from this treatment as I get to them.

I have the tablature books on Venus, and his other albums. My guess is most of it’s not accurate. he’s not really doing hammer one and pull offs like it says in the book and there’s no way he did that arpeggio that way. Either that or he was developing into a two-way pick slanter.

Both good points, and this bugs me too, even though the 1NPS arp is totally playable with rotation or hybrid picking…doesn’t seem like him does it? 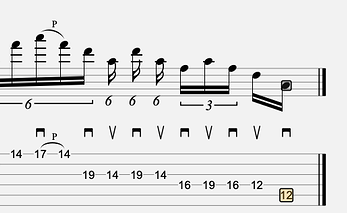 Main difference is staying on the g string longer and that clearly audible slide. I tried playing it some and to me I wouldn’t call it extreme stretching when we’re this high on the neck. I like it because it’s a blend of what @nitro1976 suggested and @Oboy original solution.

This is what I love and hate about trying to figure this stuff out. It seems like multiple possibilities that are each viable. A video of him doing this (and tons of his other awesome licks, as played on the studio versions) is something I’d pay a lot of money for.

Brace yourself because There’s tons of licks in Camels Night Out that don’t make sense technique wise as far as what he does. Let’s not forget he’s a incredible hybrid picker so with some of those awkward things he might be picking with his fingers along with the pick. I’ve suggested before to Troy that he do a part two of cascade for reasons like this. There are a lot of things that don’t add up to just the downward picking technique with EJ.

I think I saw the thread with that request. That would be awesome. Do we know if there’s enough video evidence to figure out what he’s really doing for things like this though?

Brace yourself because There’s tons of licks in Camels Night Out that don’t make sense technique wise as far as what he does.

Man, you’re right. Here’s another one.

It’s at 1:50 and it sounds incredible on the record. It certainly doesn’t sound like this is how he played it though… unless maybe its hybrid picking… which it sounds sort of like it could be when you slow it down.
The mystery deepens

What about this one?? This is that monster run that comes at about the 4:20 mark on Desert Rose. It doesn’t make sense at all what’s written. He’s either hybrid picking those single notes on one string, or he’s doing legato pull off’s to swing into the upstroke or more three note for string type things? 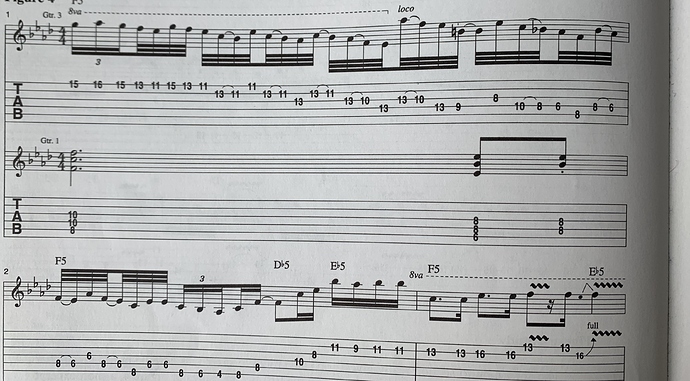 I think that one’s just tabbed wrong isn’t it?
The first 20 or so notes of that run sound like classic 5s in Fm Pentatonic Position 1.

Edit:
My money would be on this: