Hi guys this is gonna sound a bit weird, but hear me out.

I’ve always had this sort of mental block where I can not bring myself to play guitar a lot of the time.
I find this weird because I love playing guitar, I’m always excited to learn things and I enjoy putting in the time into grinding exercises.

I was just wondering if anyone else has had something similar?
I know the answer is just to pick up and play, but just want to hear what people think.
Thanks

I’ve been reading this article…it puts the whole practice approach into perspective. 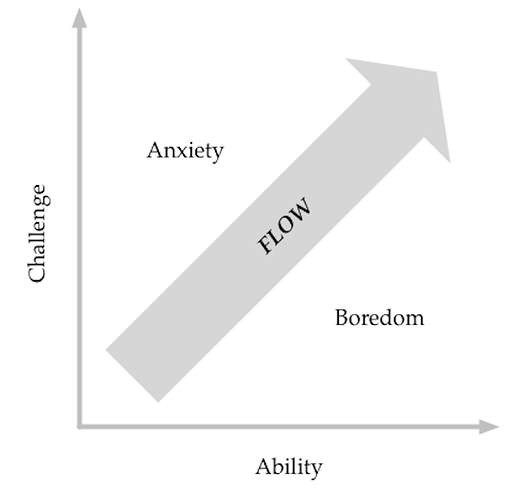 Music education will be most engaging and meaningful when the teaching strategies support students’ agency in their own learning (Brennan, 2013). Agency, in this sense, refers to students’ ab…

Sounds somewhat familiar to me. Do you feel it’s sort of “easier” to be doing something else? Have you ever had frustrations about practicing guitar?

Last year I ran into a podcast that helped me reconfigure my own thoughts, and more importantly emotions, toward practicing a skill. It’s in Finnish so I doubt linking it would help, but the core message was that safeguarding your own motivation should be your number one priority.

I had motivation, but I was practicing too hungrily and expecting to win without doing enough and correctly. Being too hard on myself. Eventually my practicing stopped and it turned out I was a little depressed about practicing or scared of it, as silly as it sounds. Basically unconfronted feelings, I suppose. I needed to trick myself into remembering again that practicing is awesome and that I can reach my goals, despite some frustrations in the past.

The weird thing was like you said too: on paper, I was excited to practice. I loved the idea of it. I had many things lined up to learn and I always held practicing in high regard. I kept saving cool licks, videos and concepts into folders to practice them “later”. That almost never happened because I wanted to avoid frustration more than I wanted to learn the chops.

That podcast’s idea about “safeguarding one’s motivation” clicked for me. It enabled me to pick up practicing again. It made me realize that I had been mismanaging my practice methods, and let myself become a bit allergic to my own guitar-related frustrations. I had begun associating practice sessions with emotions of disappointment and alienation from the identity of a guitarist.

How to maintain motivation is probably very different for everyone. For me, it was all about doing tiny steps first, like a proof of concept. When I began experiencing feelings of success, my excitement for embracing the role of a guitar player started coming back. Practicing is again something I want to do and I trust in it.

Anyway, I’m not saying your case is necessarily about motivation. Just a story to maybe spark some thought.

What do you tend to do instead?

I was just wondering if anyone else has had something similar?

In no particular order I suffer from: choice paralysis, red light syndrome, insufficient planning, inability to stop myself from noodling like an idiot instead of pursuing clear objectives for my practice session.

I’d like to get around these obstacles but I guess we are all human so we can’t expect too much of ourselves!

expecting to win without doing enough and correctly

This ^. Happens to me more often than I’d like. Unfortunately it’s also difficult to get out of this mindset.

Thank for all the replies guys!

I wouldn’t say it was because I don’t experience improvement when practising, because recently I have made quite big steps in the way of technical ability, in accordance to my playing level.
And for the idea of instituting a rule, I’ve tried that such as “Ill play guitar as soon as I get back from work”, but I end up telling myself ill do it later in the week or the next day!

What has sparked my interest is the Phrase “choice paralysis”. Now this sounds like it could be the case with me, with so many techniques, songs, theory and concepts to learn. I suppose the correct way to go about this is to just start ticking stuff off the list I wanted to learn and narrow it down?

I suppose the correct way to go about this is to just start ticking stuff off the list I wanted to learn and narrow it down?

Totally! Talking to myself here as well

There’s a nice bit in Marty Friedman’s interview when he mentions that “just wanting to get better” is a dangerous approach (I agree with him). He then goes on to say “when I hear something I want to learn, I know I want to learn it”

Vague or too big objectives are a productivity killer IMO

All great posts here. Personally, it is often how well all of the non-guitar related stuff (life) is going that that influences my ability to pick up the guitar. When I find that I can’t bring myself to pick up the guitar, its a sign to me that things in my life are not in check, i’m either in a low mood/depressive state (which happens every now and then) or I’m burnt out. Prime example is the last few months with Coronavirus. Last week, I had multiple opportunities to play for at least 3 hrs in a night - wife went to bed early and the kids were asleep and the dishes were done! But I was so spent from months of working from home, trying to educate them and keep the house in any sort if fit state, I just couldn’t face picking up the guitar. Very strange feeling, considering how I normally can’t wait to play and is my default reality escaping activity!

I’m not necessarily saying this is the case for you, but don’t be too hard on yourself and be aware of the bigger picture

Thought I’d share something I did the other day in case it helps others.

I’m trying to transcribe and learn “The Gargoyle” by Paul Gilbert. All was fine until the short solo section in the middle. Paul just goes bananas there with combinations of picking, legato, and probably tapping. It’s very hard to hear what’s going on, also because a lot of it was improvised and not all the notes are played 100% clean -rock’n roll style I’d say (still it sounds awesome).

So I got stuck there for a few days and was not making any progress and feeling a bit unmotivated.

Then I thought “hey why don’t I skip this for the time being and learn the second half, which sounds more manageable”. I did that and now I have almost the whole song memorised (playing is another story!). I went from having less than 50% of the song memorised to 95%ish. I would still be at 50% if I hadn’t skipped that crazy bit.

Now I maybe have the 10 trickiest seconds of the solo left to decipher. Or maybe I’ll just replace that section with my own noodling, trying to hit the same target tones in a few places. Because, quite frankly, nobody cares

Remember kids: “The enemy of good, is perfect.”

I don’t play my guitar often lately. I guess I have too much hobbies (now I’m drown in japanese linguistics, and I still have to order components and PCBs for my DIY preamp… damn).
As for practice… I hate practice. But I like to create new exrercises. And, obviously, I have to try them after creating. So that’s how I roll.

If I really don’t want to grab my guitar, I don’t grab it, actually. I don’t want my lovely instrument to became my nightmare. I still remember that after I had graduated from musical school I hadn’t been touching a piano for 2 years…

Not meaning to be harsh but you’ve answered the problem yourself “…I can never be bothered” -come on, this is being Lazy and only you can resolve this.
The problem these days is that there are too many exciting things to fill our time with. How easy it is to sit in your comfy chair and spend hours looking at the internet, maybe posting/ commenting/ learning etc about all kinds of great stuff. Hours spent watching TV, playing vid games along with all the traditional life-filling things. And yet we don’t have any comeback for not playing our instruments other than the inner torment/guilt.
You have to actively PLAN your free time and PLAN what to do within your guitar playing time or it just doesn’t happen, other than an occasional noodling session which doesn’t really advance your playing.