Just curious… Does anyone find that as you start to focus on all the many details of your picking, your right-hand muting goes out the window?

[I don’t mean the deliberate muting thing to get the chunka’ chunka’ sound:) I mean muting of strings you don’t want to ring.]

I’m thinking to live with it for now; you can only focus on so many things at once. I’ll fix it later. Wise? Destructive and foolish? Whaddya think?

I remember this was the case for me for about 3-4 months after getting my first smooth motion. It just kinda went away for me without thinking about it too much - I assume I got more comfortable and made those subconscious micro changes as needed. 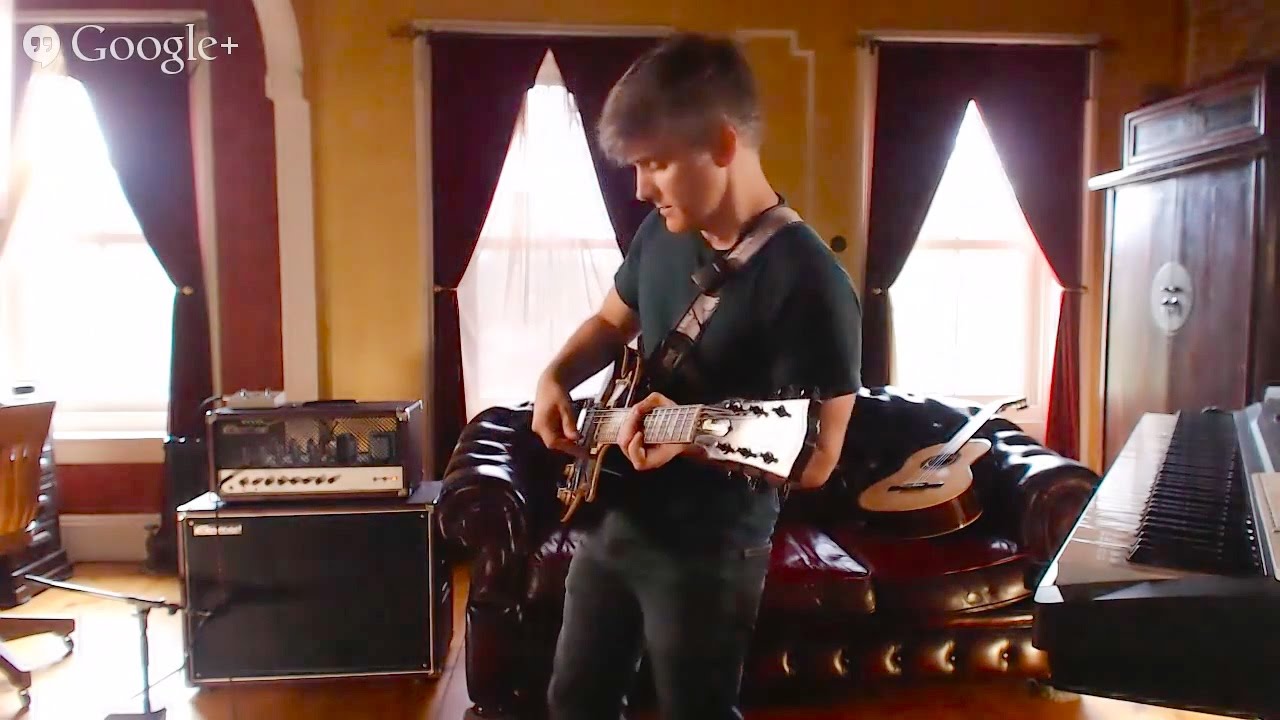 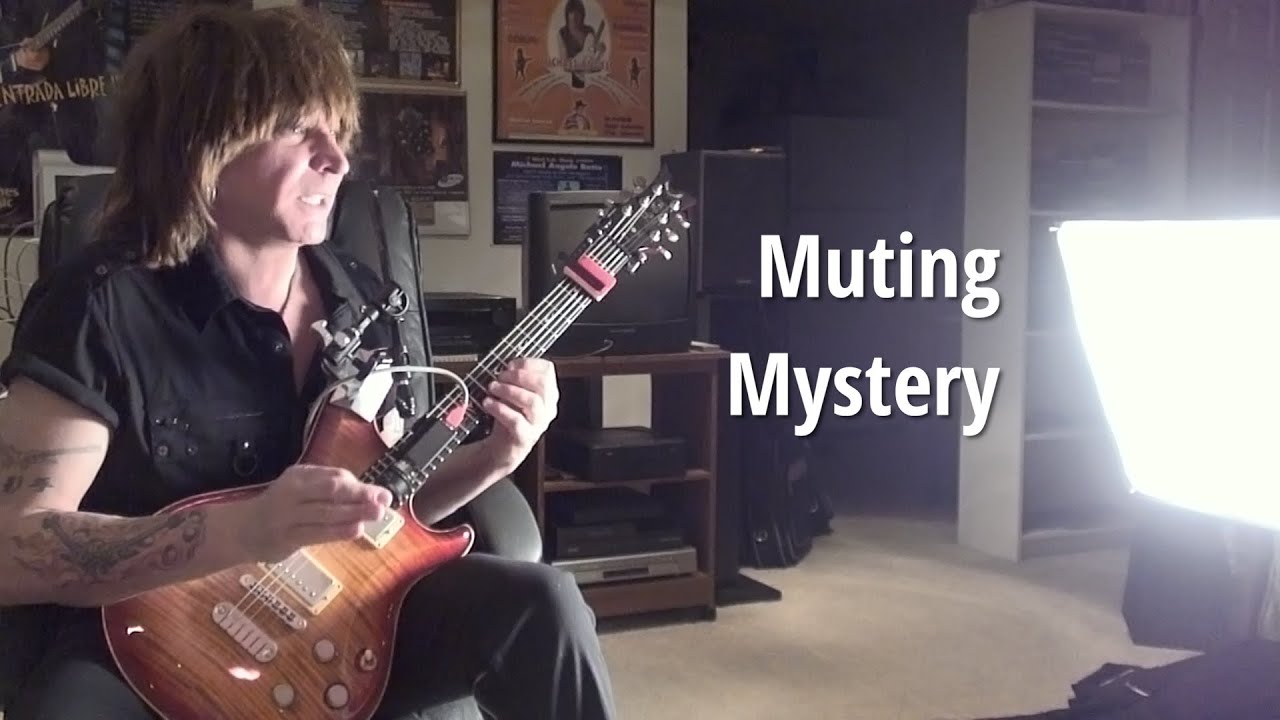 Short answer, work on it later. If you have your left hand working the way Troy and MAB are doing, you might not even need to worry about it.

Edit: sorry hope that didn’t come across as patronising! What I mean is that the answer may strongly depend on the details of your technique, and it can be difficult to answer without actually looking at what’s going on case by case

For me, an effective process is:

As you develop skill, you will probably work on these simultaneously - you only need to consciously make adjustments when there’s a problem.

I’m working these out within a single practice session, so there’s not a big time gap between the levels of fine tuning. I think waiting too long to fix issues just programs the habit of ignoring problems. Muting is often the first thing that gets tossed out, and it’s a big chunk of what makes ‘pro’ players sound like they know what they’re doing.

I think waiting too long to fix issues just programs the habit of ignoring problems.

Or programs in the problems. We tend to get good at what we do a lot of haha. Though that’s probably where the 'start slow, creep up a few bpm at a time so you’re always clean" fallacy originated.

It looks to me like MAB is such a precise picker that he doesn’t touch other strings much with the pick. There was a bit of rest stroke, but maybe not enough to cause ringing. As for sympathetic vibration - that happens regardless of pick precision - maybe on electric with gain it doesn’t matter much? Dunno.

But I hear you both ways. I’m afraid to leave it go and have it become this big problem that has to be unlearned later… though @Thegent has a point that cleaning up your right hand muting is probably more of a micro-fix and, as such, could wait for later.

Think I’m leaning that way, cuz I have SO much to think about besides, as I try to get some slanted speed happening. Last chance - anyone wanna talk me off that ledge?..

Yes, I discovered the same thing when I worked on getting my DPWS-motion going. I previously had a constant thumb-string contact, muting the lower-in-pitch-strings, I lost that.
Even worse, with this position I had difficulties in even muting the string I played, as you describe with chunka chunka. I had to relearn that.
But…
As I never really worked on muting unneeded strings it all kind of sorted itself out, so forget about it, it will probably come with time.

It looks to me like MAB is such a precise picker that he doesn’t touch other strings much with the pick.

He is actually a confirmed “swiper”. And yet his fours (and any other licks) sound incredible, even without his dampening thingy attached.

Thanks for that clarification. Admittedly, I only saw a snippet of him in slow motion.

At any rate, muting of unwanted string noise is something EJ and lots of others talk about. I don’t know when I’ll be able to pull off MAB’s muting magic, so I need to think about more conventional approaches to this technique sooner or later. But again, point taken:)

Still trying to rediscover right hand muting, which seems to have disappeared as I work on picking… Again, I’m talking about muting in the sense of killing unwanted string noise (and not the kind of muting you do to get the ‘chuka-chuka’ sound;)

I’m anchoring on the back of a Strat-style bridge, meaning where the saddles are screwed into it. But that means I’ve got no contact between the meaty parts of the hand (below the pinky or thumb; think we’re calling those pinky and thumb ‘heals’) and the strings.

Anyone able to describe anatomically how they’re able to pickslant and mute simultaneously…?

In my case I mute lower (positionally) strings with left hand, higher strings - with right hand. But my palm mutes not all strings: usually string that I need and one string above are unmuted. Though when playing fast it all becomes a mess.

Where is your hand anchored (if at all)? 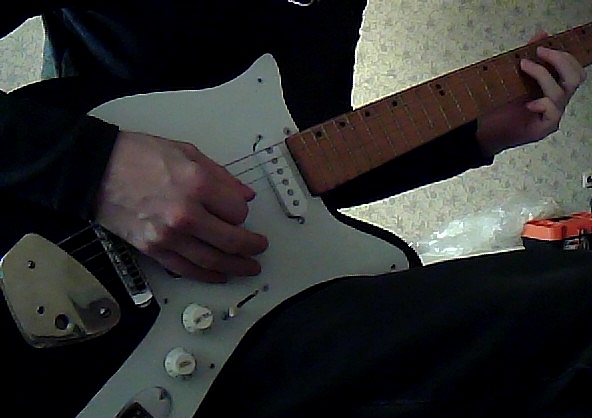 somwhere near the bridge

I’d say you’re a little in front of the bridge actually. I was doing this, too, and it does make it easier to mute. But because Troy suggests it (suggests, not demands;), I’m trying to anchor more on top of the bridge. Face it - if you’re anchoring on strings, it can’t be too firm of an anchor or you’re going to choke them off.

Could be I need to learn to anchor more lightly on top of strings, true. Like everything guitar - who knows?!

Anyone out there anchoring on the bridge itself and still managing to mute string noise with the anchored hand?..

Face it - if you’re anchoring on strings, it can’t be too firm of an anchor or you’re going to choke them off.

Well… that’s not really true, come to think of it; you’re muting noise on strings you aren’t using, so you can still get the picked string to sound while anchoring on the strings. So maybe I should be anchoring there.

If I wanted to think this much I would have taken up crossword puzzles and not guitar;)

It may be not clear from the picture, but my palm was actually lying before saddles (may be half an inch from the saddle on the lowest E). The reason why I don’t move it further to neck is because I play mostly in heavy style so I have to switch quickly between muting as noise-preventing technique and muting-all-the-way. Though I move it more to neck when playing sweep arpeggios sometimes. Anyway, even this position is enough to mute those nasty resonances.

Face it - if you’re anchoring on strings, it can’t be too firm of an anchor or you’re going to choke them off.

First of all, and that’s what I constanly talking about in topics related to anchoring: I use anchoring as a reference point, not as a support. It just helps me to know where my hand is at the moment. No pressure, just slight touching. My support point is at the edge of guitar body actually.
Second, I mute only those strings that are higher that one that I’m picking at the moment. Once again, it may be not obvious from the photo, but I actually was muting only E and A strings. D-string was umuted (though it should be since I was playing on G). My palm edge doesn’t go flat all the way across strings. I guess that’s one of the reasons why I don’t like a grip with all fingers flexed.

I see. This could have to do with musical genre, I suppose. I prefer to mute both above and below. I don’t play with lots of gain, so maybe that’s part of it; some string noise is tolerable and maybe even indistinguishable if you’re very distorted. I’d guess that noise on strings that are to the bass side of the one you’re picking is more tolerable with high gain. True?

I prefer to mute both above and below.

I use index finger to mute strings below. Which is kinda pain. I mean, I played acoustic as my first guitar and I spent years trying to place my fretting hand in such position that every string could sound at the same time. And now, ironically, I play with high-gain and I relearn my left hand posture.

I’d guess that noise on strings that are to the bass side of the one you’re picking is more tolerable with high gain. True?

Exactly the opposite. The noise that you don’t usually hear on clean guitar (or on an acoustic one) becomes very obvious on a high-gain. Moreover, because of intermodulation (as a result of distortion) it interacts with already sounding strings creating combination frequencies that could be real nightmare. Basically, it’s the same reason why some multistring chords sound pretty with a clean tone and become a mess on a overdriven guitar. So, good old two string powerchords are real salvation )
The only trick that works (more or less) is that one that Troy shows in his video. If you play fast with good attack other sounds becames less noticable. But once you slow down - brrghhah. That’s why metal guitarists have that habit of putting their hand on strings immediately right after they played some passage (you can see this a lot in different videos).

here’s an example of the same passage without and with muting lower strings.