Hello everyone!
Not sure this is the right place, but I wonder if anyone know about Cesario Filho.
He is a brazilian guitarist with amazing shredding skills using fingers for picking motion, and one of the few that can play Malmsteen songs/solos in a comfortable way.
Do you know him?
What you think about him and his technique?
Would be amazing for a Master in Mechanics interview

Just adding some videos for context:

Wow, really fantastic interpretation including the bends and the tone! Almost identical to the real thing! It looks so effortless, but I’d like to believe he’s actually working hard

I know!
I really wish @Troy could have a session with him!

To me he is one of the few that really captures Yngwie’s style - and in his own way!

Wow! He seems to use a lot finger motion, which I’m honestly very surprised by for the speeds he’s playing. I would suspect there’s a fair bit of forearm rotational mechanic going on too. There doesn’t seem to be as much wrist deviation mechanic going on but it’s hard to tell without a good angle.

He seems to use a lot finger motion, which I’m honestly very surprised by for the speeds he’s playing. I would suspect there’s a fair bit of forearm rotational mechanic going on too. There doesn’t seem to be as much wrist deviation mechanic going on but it’s hard to tell without a good angle.

Finger motion can be deadly when it’s mixed with forearm rotation. Lotsa guitarist do this.

I cringe every time I hear MAB say you can’t pick fast with the finger mechanic… and you have to ‘lock’ them.

What I think is happening is the thumb and fingers sorta work together… each acting as a counter to the other… but the thumb does most of the work. It’s kinda what I do.

But also… the forearm rotation seems to mix-in really well with the thumb movement. This is kinda hard to explain, but when I started using the two together… it was a match made in heaven.

Just as an observation… the guitarist’s fretting skills are what jump out at me.

It’s also especially funny to hear mab talk about locking the fingers when he uses a partial finger rotation mechanic to change his angle of attack and enable his alternate picking on those string change upstrokes. Although I do see what he means, that it’s difficult to use finger motion as the primary engine of tremolo speed.

this cat played malmsteens rising force and trilogy album live on youtube, 2 seperate streams. i too hope troy can find this man and a portuguese translator. we need to understand what he did to accomplish not only the speed but covering songs that are so difficult he might be the only one on earth who has done it that sounds like yngwie playing. there have been many players but this guy stands out big time above alot of pro players whove done malmsteen covers. he definately has done alot of slowed down analyzed listening i think but its hard to have a conversation through comments when i dont speak portuguese.

i have not been this pumped on playing guitar in awhile. hes my new guitar hero, my inspiration. if he can do it so can we i might not get the speed but i will finish far beyond the sun eventually even if its at my 10 nps top speed.

and for goodness sake subscribe to this guys channel he deserves it. madman probably practiced for days, into weeks, into months, into years, into decades to get to that level of playing. rofl!

dont just listen to these streams through the wimpy phone speaker. get some good headphones or studio monitors and prepare for your jaw to drop. 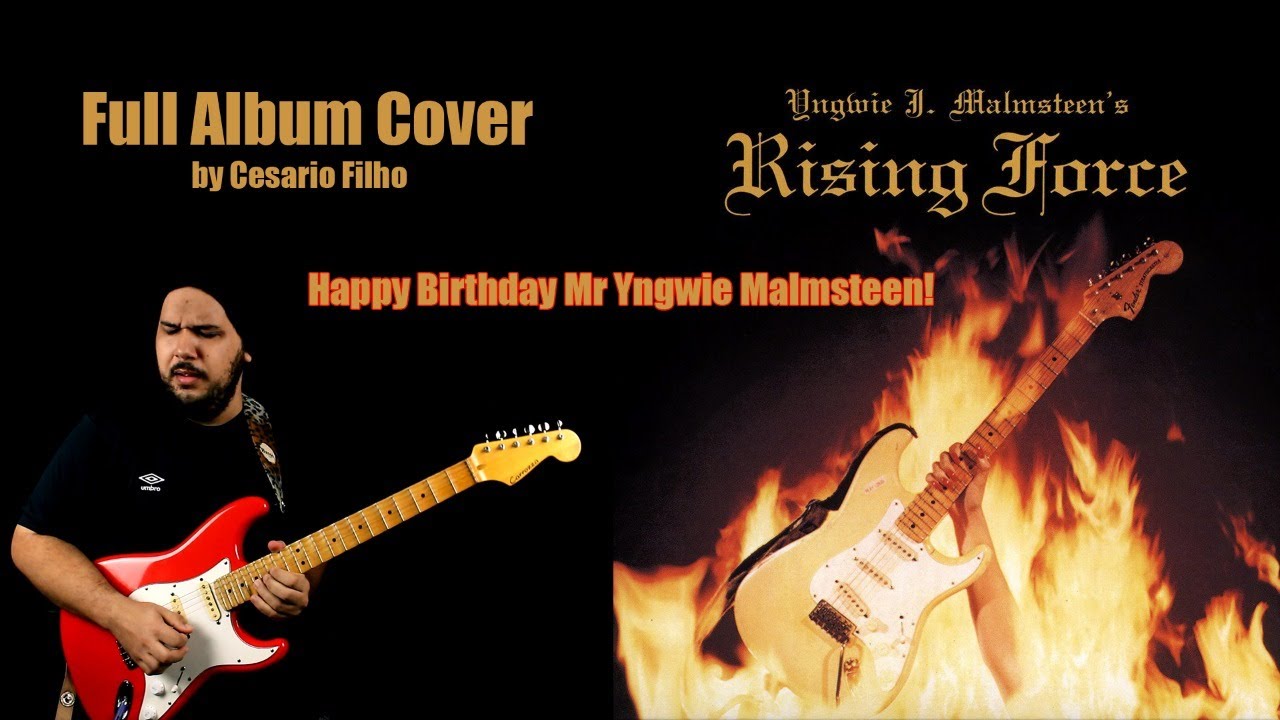 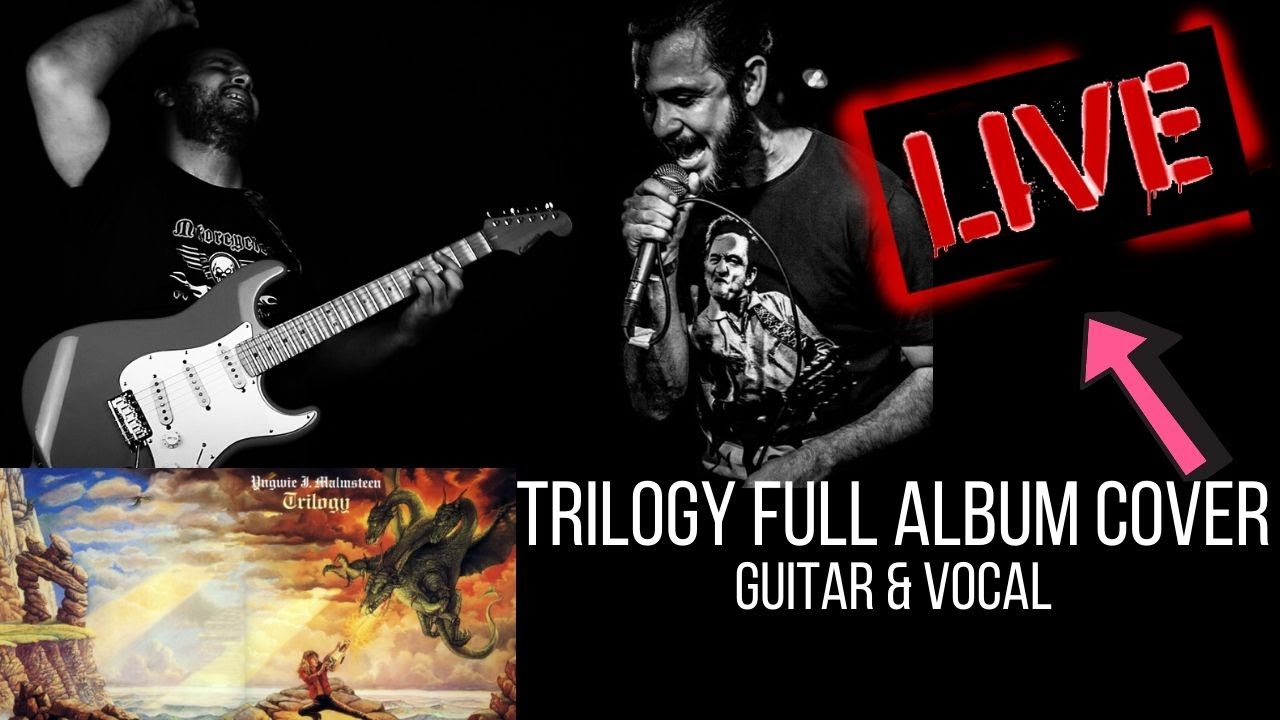 i saw you posted this 2 years ago so cesario must’ve been doing some serious practicing! i caught wind of him through elmo karjalainen’s channel. the video of them covering krakatau together. elmo’s playing is also impressive, it’s more his own. but when i saw cesario play his parts my ears pricked up big time!

Cesario is definitely a monster player. I like that he doesn’t simply play a note for note cover, but he’s really improvising on the changes in an authentic style - it really sounds like the way Yngwie did it in the '80s!

we need to understand what he did to accomplish not only the speed but covering songs that are so difficult he might be the only one on earth who has done it that sounds like yngwie playing.

But I don’t think he has any special “secret” that’s going to break down the mechanics of Yngwie’s technique in a way that hasn’t already been analyzed by Troy or Chris Brooks. It seems like he just really loves Yngwie’s music and style, and has worked super hard to master it.

so being able to tell the difference between a neck pick up played section and a bridge played section isnt useful? can you do that without the video and only the sound? there is no denying this guy has worked the hardest out of us all to accomplish this so to understand his method of practice would be a huge help for all players. i would be willing to bet his dad played guitar, mom played an instrument, or ancestor did. he does have some natural talent for sure, there is no denying that.

Both of these guys do a great job of capturing the Yngwie vibe. But I have to be honest here, and I hate to be the bearer of bad news, but that first phrase in the video and a few of the others aren’t super clean. I’m not sure how much of the Yngwie stuff you’ve watched that we’ve put out, but because of the type of picking motion Yngwie uses, he only ever picks an even number of notes per string. When he’s doing those fast descending 3nps type lines like in “Black Star”, it’s always down-up-pulloff. So when you see players going for those kinds of lines but trying to pick all the notes, and they’re using an Yngwie type USX motion as we’re seeing here, you know right away you might hear some disconnect.

Again, these guys do a great job and capture the vibe. And plenty of phrases here are done perfectly. But I think one of the things we have to give Yngwie credit for is somehow knowing the limitations of his self-taught technique and sticking to them. It’s almost as though someone sat him down and said, “look, you can’t pick those lines with that motion, you have to use pulloffs”, even though we know that didn’t happen.

you should challenge him to a duel! xD

im speaking about yngwie playing here. far beyond the sun

up down up down

with it being picked into the next descended string so my take is he tilts his wrist unknowingly to compensate. and the only reason this lick is the exception is because its an actual harmonic minor scale played fast which he probably plays everday. but isnt this album pre car wreck?

now unless those jumbo frets offer some sort of same pick sound during a slide as the pick sound im hearing im saying he tilts every now and again during that descended harmonic minor scale and picks notes with a pick slant tilt change on that one string change during the end of the scale.

There are two descending scale sequences. They all use down-up-pulloff. The one you may be thinking of is this one: 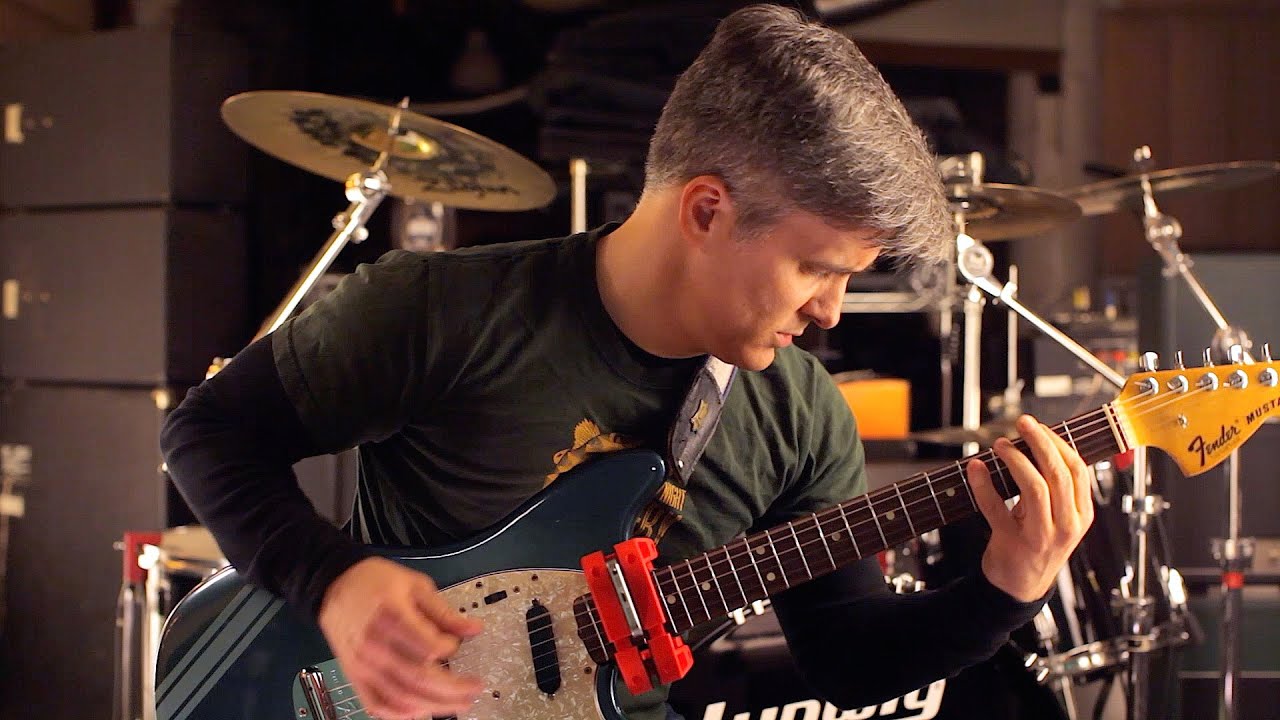 This is a 4-note and 3-note repeating pattern. The four notes are DUDU, and the three notes are DU-pulloff. If you don’t know how it’s done, it’s like magic. But it follows the formula, Yngwie always does.

no im speaking about the actual scale similar lick different key. the actual descended harmonic minor scale is all it is played very fast. but every note is picked. im not sure if its this or that mode but its just the actual scale played down. but every note is picked when he plays it at the beginning on the recorded version on the record. maybe not the first notes as you are saying but even still there is this shift that would require a pick slant change when switching strings.

and who knows maybe its some slight wrist tilt and thumb movement to get from the down stroke to the upstroke of the next string. as if you listen close enough the attack of the note is a bit weaker.

far beyond the sun at the very beginning slow it down since its sort of on its own in the mix you can clearly hear the pick attack of every note.

Are you talking about the lick at 16s? 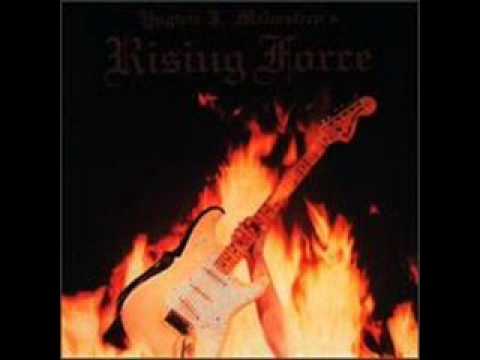 Also, Yngwie really can’t just “change the pickslant”. You have to think about what that would actually mean for him in physical terms. Yngwie’s primary picking motion is a combination of forearm and finger motion and only does USX. It doesn’t do continual DSX motion so he really can’t pick continuously in a “reverse” kind of way just by doing something to the pick orientation. Instead, he would need to use an entirely different picking motion, like wrist or elbow, to get DSX, and those are not motions he uses.

but i mean ill agree with you that live he probably bounds to those rules to save stamina and probably refined the rules throughout his career but this was an early record and i think before the car wreck.

Edit:
If you want to hear just how loud a pull-off can sound when you want it to, listen to the last note in slow motion in this example from the Pickslanting Primer. It’s plucked hard enough that you can actually see the string move: 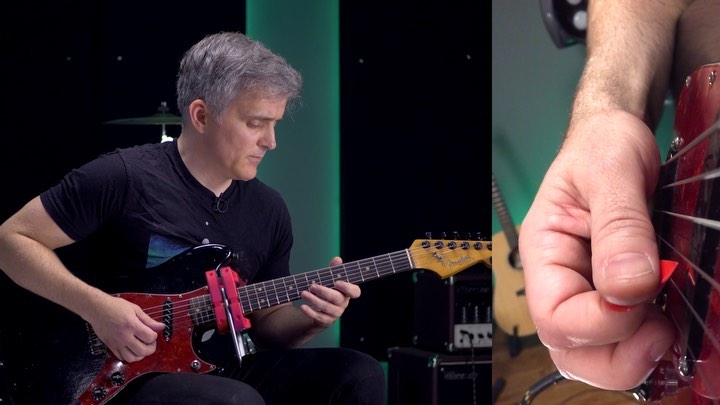 The upstroke escape a.k.a. "downward pickslanting" picking style has rules, like...

Keep in mind this is clean tone, and I’m running 12 gauge strings. It would be pretty simple for Yngwie to get this level of pluck on a pulloff especially considering his scalloped neck and super light string gauge he uses.