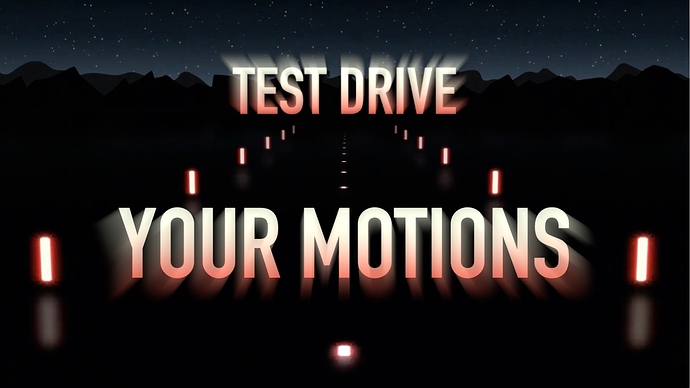 Learning picking motion is a tricky process made all the more complicated by having to operate an actual guitar while you do it.  In this exciting new one-hour update to the Pickslanting Primer, we take a big step toward simplifying the...

Our new Pickslanting Primer update is live! You can find it right here: 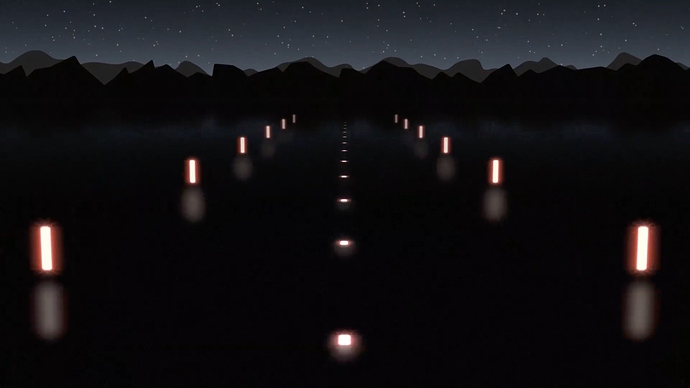 Test drive common picking motions with Cracking the Code’s hands-on speed tests! Learning picking motions is a tricky process made all the more complicated by having to operate an actual guitar while you do it. In this section, we simplify the...

We’re really excited about this one since it builds on much of the amazing work that @tommo has been doing right here on the forum. This includes a new battery of simplified hands-on tests that players can use to diagnose speed and efficiency issues with common picking motions. These tests grew from our “table tap test”, which we’ve administered informally here on the forum for a while now. But they now include a wider variety of tests that more accurately mimic the joint mechanics of real-world picking motions, and should offer accordingly more realistic gauges of speed as a result.

Fittingly, this update also includes real-world footage of some of the forum’s great players, who fearlessly agreed to be a part of the case studies we’ve included here. So a grateful shout out to @yaakov, @rivethead, @Rob_The_Viking, and @joebegly for volunteering this birdseye look at the amazing progress they’ve made in addressing core picking motion issues.

A special shout-out to @tommo’s wife Kim, who volunteered for our case study of beginner tremolo. Kim is a non-guitarist who agreed to grab a pick for the purposes of examining completely untrained guitar motion. I won’t spoil the results, but let’s just say that Tommo’s days of being the most fearsome player in household may be numbered. One can only imagine what fretboard damage his daughters will be doing in ten years.

If you get a moment to run through any of these tests, let us know how you make out!

Great job on this, made my way through a few chapters just now and will finish the rest tomorrow while I practice. The presentation is super clear and the information is immediately actionable. I think you guys are getting a lot better at making this stuff to be easily digestible upon the first viewing and that is a huge accomplishment. In the past it seemed that people were often consumed by the various technical details and approach angles and slants and [insert terms here], and by abstracting away the guitar this problem is mostly solved.

I found a video of my sister using the tremolo test from back at the start of quarantine. It was her first few minutes of ever practicing guitar, I’ll post that soon.

This chapter is sooooo good: 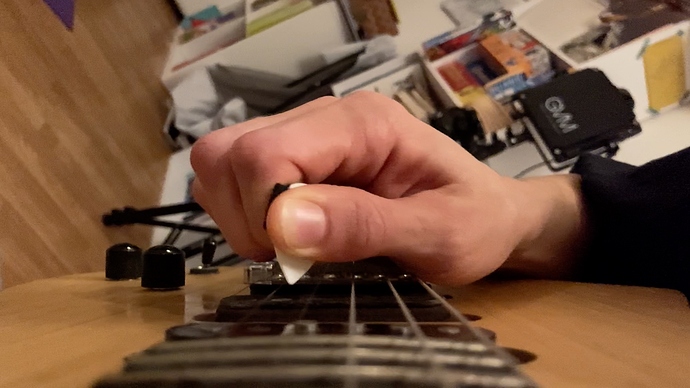 The part about the role of randomness in motor learning is such a big deal.

And regarding the whole “start with speed” approach, I think the mistake people may take when they try to take Shawn Lane advice at face value, is they aren’t starting with a simple enough motor task.

The example of the day one beginner trying tremolo is so illustrative.

Whether you are trying to pick fast, or trying to pick slow, there will be randomness, and you will experience some kind of feedback in terms of how the motion looks and how it feels.

The great thing about trying to pick fast early on is that it the subtle random variations in your motion are met with immediate feedback: the random things that work at high speed get immediate positive feedback (the smoothness, evenness and speed you can feel and hear), and the random things that don’t work at high speed get immediate negative feedback (feel and sound of unsmoothness, unevenness).

The seductively evil thing about only trying to pick slow in the early going is precisely the lack of negative feedback re: effectiveness for high speed picking. Any speed-unfriendly randomness in the attempts at slow speed picking gets a chance to become a long term habit because at slow speed it doesn’t set off any alarm bells.

Andy Wood’s Jurassic Park metaphor in one of these clips is really apt. “Starting with speed” is metaphorically applying evolutionary pressure to your picking practice. Failing to give your motor system the opportunity to learn from the tremolo test is like letting a species evolve without any predators: it allows traits to flourish that are maladaptive to a more demanding environment. Over time (pretty quickly in the video linked above), the tremolo test weeds out the maladaptive random variations and reinforces the adaptive ones. (Here using adaptive and maladaptive only with respect to “suitability for fast picking”).

So a grateful shout out to @yaakov, @rivethead, @Rob_The_Viking, and @joebegly for volunteering this birdseye look at the amazing progress they’ve made in addressing core picking motion issues.

Kudos to these members for their willingness to go under the microscope before a wide audience.

am I the only one getting 404 Not Found errors for any of the new content? I am getting those on the normal content too. (the primer and the various seminars). I am connecting from Germany.

Nonetheless, I am really excited to try the new tests out!

Hm, weird — let us know if you run into any other errors.

Thanks for checking this out! Yes, making this stuff practical has been the focus. These new lessons sneak in a fair amount of complex stuff about joint motion, like our clock face concepts, but it all boils down to one simple hand motion or another. If you can do that, you can do the techniques.

when they try to take Shawn Lane advice at face value, is they aren’t starting with a simple enough motor task.

One thing I would also add to this though, which we’ve seen here on the forum, is that sometimes people think the speed test only works with simple phrases, like a single note tremolo, and can’t work for more complicated phrases like you find in bluegrass. So they go slower for those, and surprise, stringhopping.

Even something like a one-note-per-string bluegrass phrase can and should be addressed up front with faster motions. Everybody can get those lines “correct” at slow speed, as far as the notes are concerned. But that doesn’t mean you’re actually doing the technique right. Just powering through at first, even if it sounds like a mess, is still the best way to guess what doing it for real might be like.

@Troy amazing! Can’t wait to start digging into this.

Also there’s some kind of hanging code here too?

This update is included free with the Pickslanting Primer, and you can check it out righ there:

If you’re already a Cracking the Code member, hit that link and…"

Aha, thanks for catching that! Fixed.

Just as another point of interest, that shot we reference of Eddie’s motion from “Live Without A Net”, which you can see here at about 2:35: 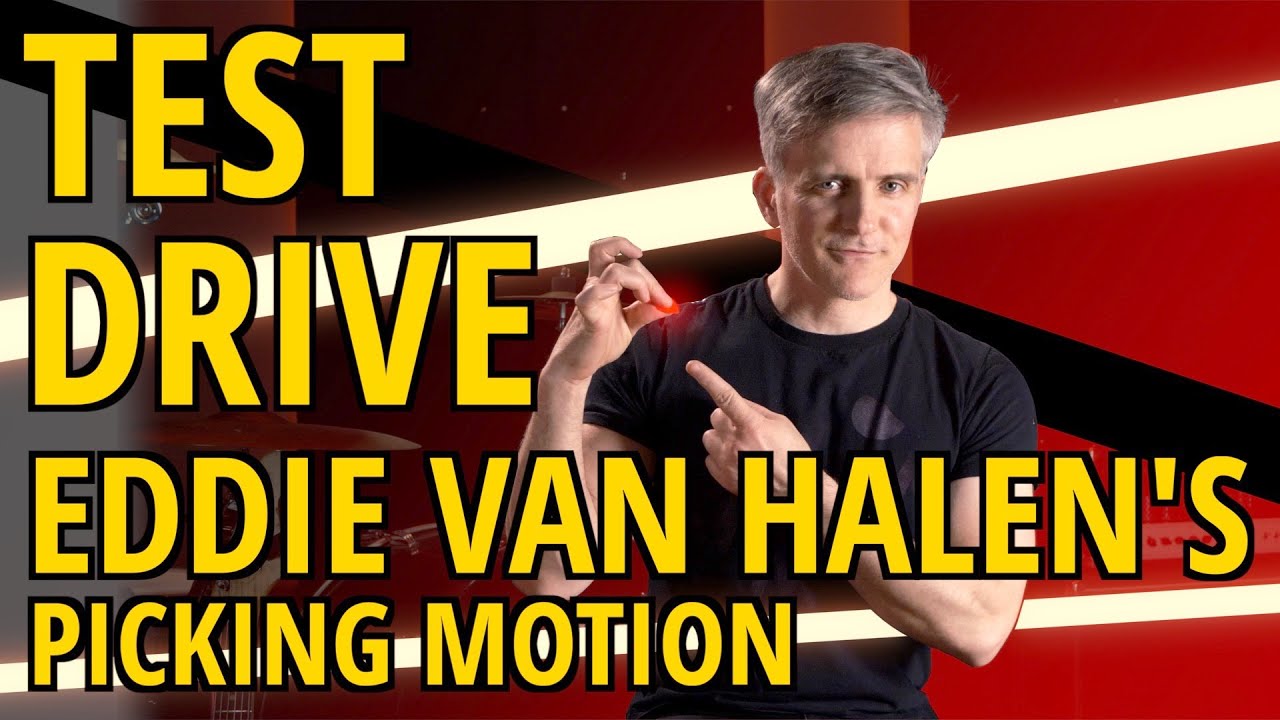 This really looks like Eddie’s primary motion was USX to me, aka 2:00 wrist motion based on his arm position. I know I’ve said that before, based on other footage which was somewhat less clear, but then I stumbled across this one while editing this lesson. You can see down the strings at just the right angle, and it does look like a shallow upstroke escape type motion. Again, based on his arm position and direction of wrist motion.

You can take a look and see what you think.

Even something like a one-note-per-string bluegrass phrase can and should be addressed up front with faster motions.

In a future revision, maybe it would be worth adding a “beginner banjo roll test” chapter to drive that point home. I can imagine someone whose primary interest is bluegrass looking at the “tremolo test” chapter and mistakenly thinking “but this doesn’t apply to the lines I want to play!”

For sure. I can think of some forum examples we’ve seen which I remember but we’ll have to dig them up.

The trick with this new section was where to draw the line. So we figured ‘basic motion’ was the cutoff point. A future update speaking more generally about applying motor learning skills after you have basic motions working, would be a good place to showcase more specific issues related to “I can’t play phrase XYZ”. That’s why we didn’t include more examples of those kinds of things here.

This is great stuff. Tested all the different motions and I’m now convinced I’ll be able to play fast.
Thanks for this update to the Primer. Can’t wait to get back in the shed.

Thanks for giving this a go. Were you not convinced before, and why not? What sort of numbers did you come up with on these, anywhere near what I’m doing?

I suspect my own performance on these is somewhere in the ‘average’ ballpark, where many people will be able to do the simpler tests, like the table tap and the elbow test, faster than me. Differences might show up in tests like forearm and Di Meola, which require more specific training / skill, where I might simply have more experience.

Thanks for the reply @Troy

I’ve been trying to increase my guitar speed using the single note tremolo and giving it a go as fast as I can. At some point I was hitting around 170bpm with what it looked like a wrist motion - mostly DSX but sometimes I can feel it changing between DSX and USX. This was okish in terms of cleanliness and smoothness but not great.
I also noticed that when trying really to go super sonic I could get into the 190bpm but my motion changed to a mixture of wrist and elbow but it wasn’t clean at all and would break down.

I tested Al’s motion and I could get to 190bpm and it felt kind of smooth. I also tried the 210bpm as you did in the video and it broke down a little bit. In reality to try to keep up with 210bpm I could sense the arm starting to move - the mixed wrist + elbow motion.

All this appears to correlates to my playing experience so I’m kind of convinced that I could get my wrist and/or wrist+elbow motion to play fast.

I’m looking forward to get the Magnet so I can film my motions and maybe after that I’ll be brave enough to upload some videos if I can’t make progress.

Since your elbow wants to move at higher speeds, did you try the elbow test specifically? Can that go faster? Because you may have luck with that. Lots of players find that elbow is their fastest joint, and if that’s the case, why not let that power loose. Great elbow players like Bill Hall and Brendon Small are super fluid with that technique.

I’ll have a play with that.
Thanks for the feedback

Fantastic stuff once again! Thanks so much for making this update, everybody. Will be re-watching with guitar and trying everything out. Very well-worded, clear and inspiring, as it has always been.

You guys are so good at this!