Thoughts on Anton Oparin's claim about Paul Gilbert? Any truth to it?

Hey guys, I know Anton has been the subject of a few flame wars recently and I’m not trying to start another, so please keep it civil this time.

I’m surprised nobody talked about this from what I’ve seen, but in his recent video he makes a claim about Paul Gilbert having covertly received professional consultation about his technique, citing his “wrist-dance” and “professional use of RoME in cyclical movements”, whatever that stands for. I have noticed this “wrist-dance” movement in some of Anton’s students’ videos but I’m not sure exactly how they achieve it, but it seems to help stamina in some way I’m guessing. Skip to 01:54:50 in the video for the claim. 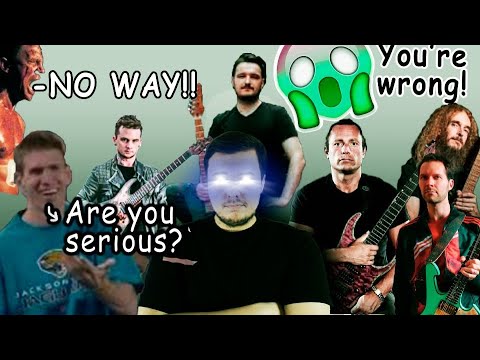 The quote: “He probably had pretty smart guys who could professionally consult him, even though he’d never admit it, just like the bullshit that you just need to play his four note exercise the way you feel comfortable and one day become as good as him, yeah, yeah, yeah motherf*cker”

Paul, however seems to claim he came upon his technique completely by accident at about 15:55 in this video. 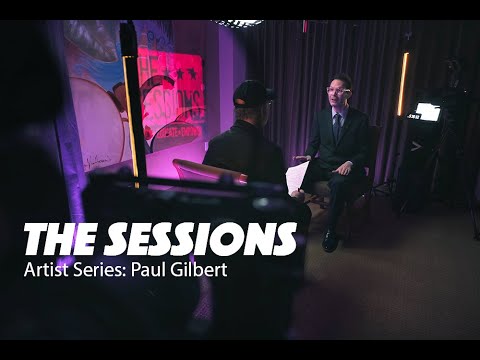 So in short my questions are:
1: Do you guys think there could be any validity to the claim? It’s a pretty damning claim to make if true since it’d mean he’s actively lying to cover it up, but it would make some sense given how far ahead his picking was to most others at the time.

2: Does anyone know how the “wrist dance”/“RoME in cyclical movements” works on an anatomical or practical level, or what its purpose is/how it’s achieved?

FWIW, I took that remark Anton made about Paul having consulted professionals for his use of wrist dance as just a joke. I didn’t think he was serious. A lot of what he says, I think, is just his very dry sense of humor and him being entertaining.

I may be totally wrong, but I think the whole purpose of the wrist dance is to help get a sense of playing with wrist deviation in as relaxed a state as possible. The the muscles involved in the down strokes contract but at just the right instant, they begin lengthening as the muscles used for the upstroke contract. The cycle repeats over and over and the antagonistic muscles work completely in harmony. There is a ‘bounce’ or elasticity involved. This reduces tension (there will always be some tension) and therefor aids in stamina.

I don’t know anything about the anatomical stuff going on. But I think everything I said outlines the claim. Anton posted some pretty impressive playing in that video so whatever he’s doing works quite well

I wouldn’t take that too seriously.

I suppose you could be right about that, but to me it seemed like a genuine claim to some degree, but presented in a humorous manner, could be wrong though.

Definitely. I’d be happy to learn about it from the man himself but unfortunately he doesn’t seem to respond to emails

Definitely. I’d be happy to learn about it from the man himself but unfortunately he doesn’t seem to respond to emails

He got back to me. Sanctions prohibit any asset transfer from US to Russia.

Thanks for letting me know. I’m actually from Europe so I’m not entirely sure if we have similar sanctions in place in my country(Ireland).

@Tom_Gilroy I can’t remember if you talked about this in the other thread, but do you have any thoughts on this part of video?

That’s what I was getting at above with the wrist dance/antagonistic muscle synergy comment I made. Does this jive with your understanding of how the involved muscle groups work? I know when I hit speeds that are my fastest (that also don’t feel like they’ll burn out) everything certainly feels very elastic. Almost like I’m not doing all the work myself.

I’ll say this as nicely as I can, but…

I’d never heard of Anton Oparin until a bunch of his students/fans showed up here, and they’ve mostly shared videos of him talking down about other guitarists, or they themselves have attached other players or instructors, since they’ve been here.

1: Do you guys think there could be any validity to the claim? It’s a pretty damning claim to make if true since it’d mean he’s actively lying to cover it up, but it would make some sense given how far ahead his picking was to most others at the time.

(Edit: Not a dig at Paul at all, I just think it’s unlikely he had a bunch of coaching and then said to himself, “hmm, I’m going to not tell anyone about this”)

@Tom_Gilroy I can’t remember if you talked about this in the other thread, but do you have any thoughts on this part of video?

I have to preface my reply with the admission that I hold no qualifications in physiology or bio-mechanics. I am a mathematician with a strong understanding of physics, but in this area I’m just a motivated self-directed learner. If I am dubious of Anton’s claims, it is in no effort to discredit his teaching or his obvious skills.

The issue I have with this is that the energy stored by this proportional (almost linearly) to the stretch or compression applied. When a massive object (like our picking hand) is oscillating, the force required to drive the oscillation is roughly proportional to the amplitude and the square of the frequency. We don’t control the frequency of oscillation, that depends on tempo.

So, if we wish to minimize the force required, which is necessary for stamina, we must minimize the amplitude (size of the movement). At some point, we will simply not be able to develop enough force to move our hand far enough to produce an effective movement. The point is, the movements are small, meaning the stored potential energy is small, and the release of that potential energy is a small contribution to the work our muscles must do to drive an oscillator.

I can’t claim this with any authority, but as Ph.D student I attended a talk by an applied mathematician who was interested in modelling muscle tissue as part of his research with a bio-mechanics group. I remember very clearly when he described his frustration in determining the elastic behavior of muscle tissue. Apparently, it’s extremely difficult to measure accurately and muscle isn’t perfectly elastic. I remember he said that there was a threshold for deformation below which muscle wasn’t elastic, and therefore didn’t store potential energy, and another threshold for deformation, beyond which the muscle was no longer elastic.

I would absolutely agree that we should at least attempt to create conditions which allow for maximal recuperation. However, my impression is that in guitar playing, the potential energy stored in elastic deformation of muscle tissue is very small, and very possibly the deformations caused by small movements could be below the lower threshold.

So, I’m dubious. However, it is certainly the case that it requires additional force to drive a damped oscillator. We can certainly create unwanted damping by introducing unnecessary muscle tension and by setting the “neutral” position of our oscillator away from our position of minimal muscular tension (hand at rest).

Whether the potential energy stored in deformation is significant or not (and it may not be), the conditions which would be required to maximize recuperation would be the same as those required to eliminate unwanted damping.

Thanks so much for the transparent and thorough response!

That’s reasonable. I believe in all likelihood he came across it through intuition as he described. Paul definitely seems like a very nice and likeable person so I doubt he’d cover something like that up for reasons of ego or protecting the exclusive status of his picking.

But I do find it interesting (Assuming Anton wasn’t joking of course, which I can’t be sure of) how confident Anton seems that Gilbert couldn’t have arrived at elements of his technique such as his “Professional use of RoME in cyclical movements” through intuition alone.

But I do find it interesting (Assuming Anton wasn’t joking of course, which I can’t be sure of) how confident Anton seems that Gilbert couldn’t have arrived at elements of his technique such as his “Professional use of RoME in cyclical movements” through intuition alone.

I mean, I have no idea if he’s joking or not, and I don’t know much of anything aout Anton.

But if “professional use of RoME in cyclical movements” is a technique Anton employed, then presumably at some point along the way Anton must have worked it out, likely by intuition himself, and if one person could work out a highly optimized solution by intuition, then it kind of stands to reason that another person could, as well.

The number of guitarists who actually understand how their picking hand functions is vanishingly small - the majority of highly accomplished alternate pickers developed their technique through intuition.

What is RoME again? Range of Motion?

Anton must have worked it out, likely by intuition himself

Well, Anton’s selling point for his teaching material seems to be his claim to have formed his technique under the guidance of his father and his friends who are highly knowledgeable in physiology and biomechanics, so presumably he didn’t work these things out by intuition alone as Gilbert most likely did. It does make sense given his unbelievable level of technique at a very young age so I tend to believe there is merit to this claim.

It does make sense given his unbelievable level of technique at a very young age so I tend to believe there is merit to this claim.

That’s pretty typical at this level, though. Gilbert is an ironic choice here since he basically floored the entirity of GIT when he showed up, Yngwie was essentially fully formed by the time his earliest recordings from his teens surfaced, Jason Becker was jaw-dropping in some of the early footage in “Not Dead Yet,” etc.

Neither here nor there, though. I guess my point is, if it’s a joke, it’s either one in poor taste, or it’s one where there’s something getting lost in the language barrier.

I have huge repect for Anton’s playing and ability and so I listen to what he says carefully.

Some of my views based on this video:

Haha. Paul Gilbert admits that the "Paul Gilbert lick" is too hard for beginners Playing Technique

of course, this is a 7 year old vid now…that I am just seeing I got Intense Rock around 1990ish. Felt like a loser when I couldnt really get the “Paul Gilbert lick” up to any speed. Recently saw where Claus Levin said he sort of had the same issue when he first tried it and that he only started getting better results when he started on single string licks Well surprise surprise, here is Paul admitting that the PG lick is terrible for beginners since it is actually a way advanced lick. Good stu…