Tuner gives a lower reading with the neck pickup

I read that you can get a more accurate reading from the tuner if you use the neck pickup and roll down the tone knob, the reasoning being that the tuner can focus more easily on the fundamental note, rather than upper harmonics.

On the low B string I’m getting a much lower-pitched reading actually, almost 20 cents less than with the bridge pickup, and I’m not sure if I should do this. The thicker the string, the bigger the difference between the two measuring methods. The highest 3 strings show barely any difference.

What is actually going on when you tune this way? Why does the tuner read like that and is there something I should be aware of, if I decide to use this method?

I can’t speak directly to the question of difference between bridge and neck pickup, but it’s easy to get a swing of 20 cents by varying how hard you pick and/or the distance from the bridge. In particular, picking harder will cause you to read sharper at the onset, then decreasing fairly quickly as the note starts to decay. Step one is to be sure the difference you’re seeing in the reading isn’t down to picking differences.

It wasn’t picking differences, I switched back and forth between the pickups many times and it was happening consistently.

I took screenshots immediately after picking the string. The string is now tuned to be in-tune with the neck pickup and tone knob rolled off, so the bridge screenshot reads sharp.

I don’t have an answer then. I don’t even have an inline tuner around the house anymore to check for the same phenomenon on my own; I’ve been using Snarks and similar piezo tuners for years.

Disclaimer: I’m not an expert in how guitar tuners work, so most of this is speculation, but it’s easily worth what you’re paying for it.

If I had to guess, I’d say tuners probably low-pass the input signal and convert the result into a square wave, and then do something along the lines of timing how long it takes for the signal to switch from low to high a given number of times (say 50), and report the frequency as that count divided by the elapsed time.

If I’m in the right ballpark signal-processing-wise, then the closer you get to a sine wave, the more accurate the pitch detector will be, since sufficiently strong overtones will add to the number of low-to-high crossings. This will bias more complex waveforms toward higher detected pitches since spurious overtones will generally add to the number of low-to-high crossings, not subtract. (There are a lot of qualifications and assumption-statements I would add to this conclusion if this was a physics class, but in the interest of not boring everyone to death I will let this generalization stand even though it hurts me deeply in my soul.) It also argues for using the neck pickup while tuning since it’s closer to the center of the string and thus picks up more fundamental, at least for open strings and 12th fret harmonics. 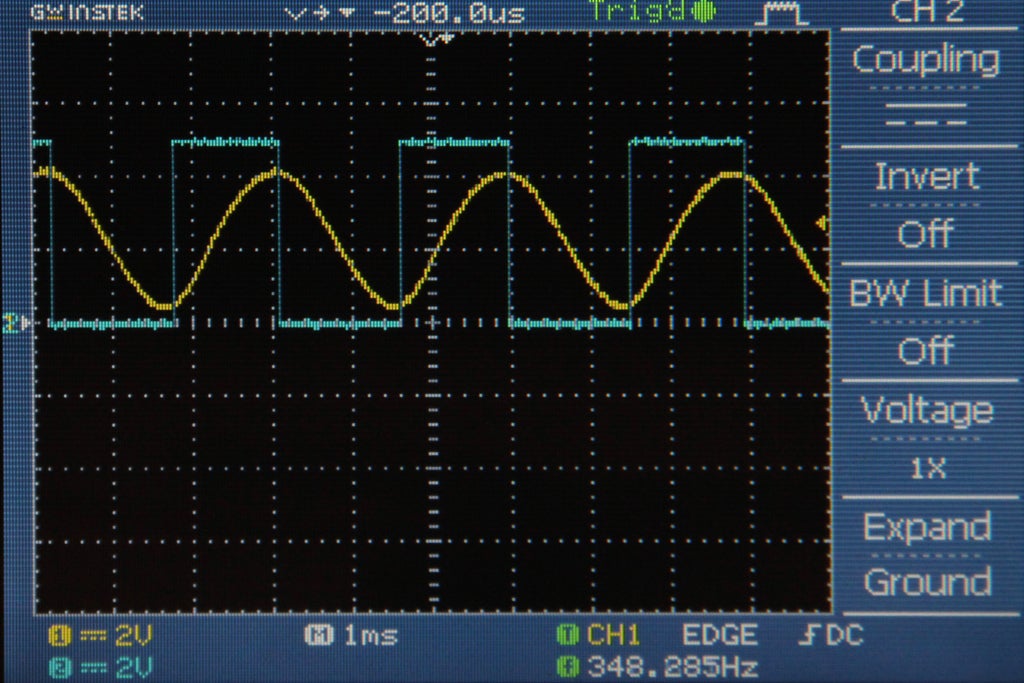 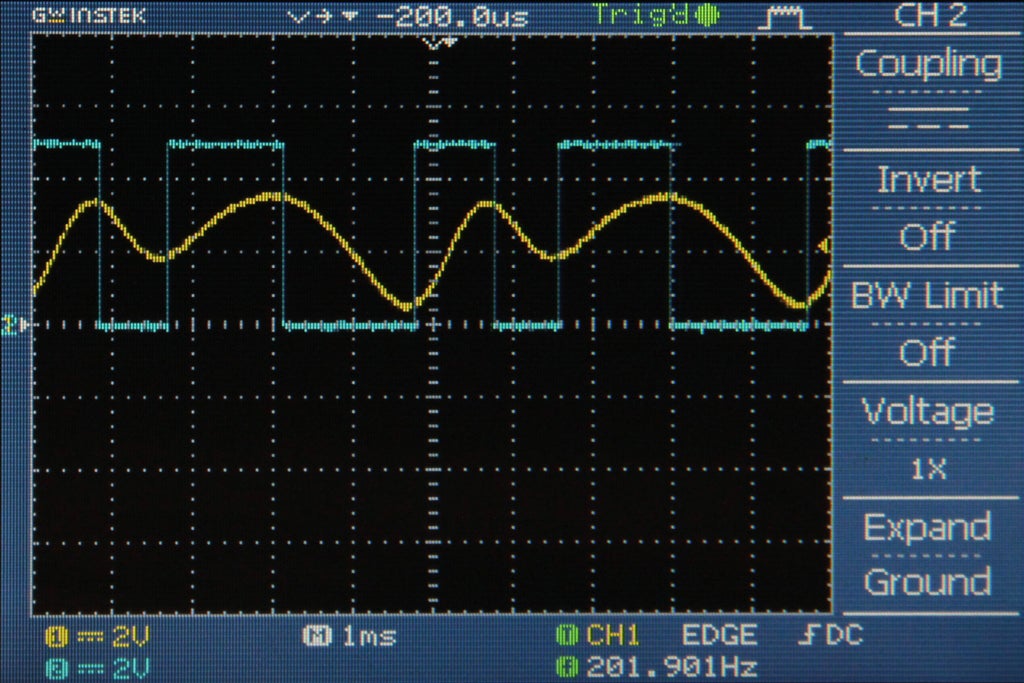 Most modern tuners (including yours, I assume?) don’t require you to select a pitch in advance, so they would probably find the nearest musical pitch to the frequency that was detected and then maybe add some additional logic to optimize the processing for the specific waveform and frequency range (adjust the low-pass filter frequency or other signal processing to weed out overtones, alter the preset number of low-to-high crossings, adjust the low-to-high crossing detection threshold or high-low offset levels, etc.) all of which will be automated, and thus have potential for generating pitch detection artifacts that can affect the calculated frequency, and would possibly also bias the detected frequency upward.

I would expect these details to be specific to the make and model of the tuner in question, but it’s possible this stuff has been standardized. I don’t really know.

@induction Nice! That’s a lot of new information for me, thank you! It definitely makes sense, at least.

The tuner in question is the Neural DSP built-in tuner in their amp sims. I’ll try out with my Korg Pitchblack and see if it does the same.

That’s bizarre. @induction’s post could very well be the answer, and that’s some fascinating stuff, and Neural seems pretty set on being as cutting edge as they can so it’s possible some sort of technological enhancement is causing issues, but the extent on how I understand that could even be the issue is bsically that post two above mine, so who knows.

Only other thing I can think, and I wouldn’t THINK this could be the issue because I’d expect it to happen to both pickups, but magnetic pull from a pickup can definitely impact the way a string vibrates, and I suppose it’s not impossible that if your neck pickup was extremely close to the strings, it could pull it a little sharp, similar to the “stratitis” thing where a single coil too close to the strings can. cause obvertones to get all funky up towards the top of the neck. I’d expect that to be a factor on either pickup though because it’s not like the neck pickup magnet shuts off when you move to the bridge, but maybe the overtones are just more obviously off there…? Probably not the issue but it’d be a pretty easy thing to check.

Is it a stratocaster?