USX progress - what motion am I using?

Hey all! Some USX progress to show here. What do you think? Anything I could use more/less of? Clips include both normal and slow motion versions.

What motion do you think this actually is? I’m basically going for wrist-forearm blend, but I think it turns into something else as I speed up. It definitely doesn’t do a curved motion anymore at higher speeds.

A hand sync test/workout on a single string: 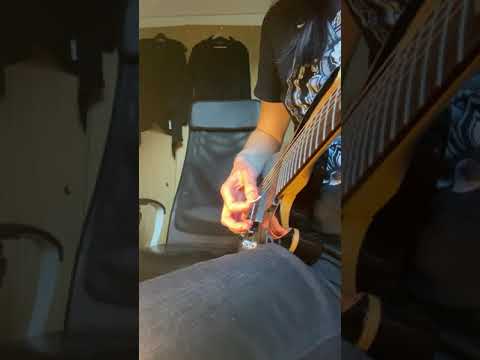 Single note tremolo at about 170 BPM. I think I was pushing my limit a bit so it’s not totally smooth, but not bad: 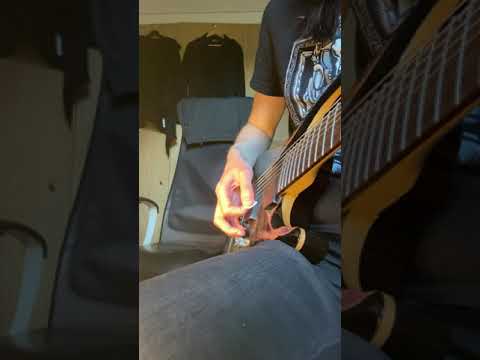 Yngwie 6’s. This one is definitely on my upper limits and looks a bit wobbly to myself: 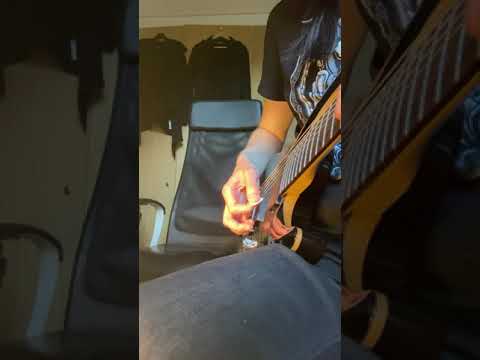 Also, explanation and a question related to how I achieved this motion:

I was able to recover from having “lost it” for a good 3-4 days, and this motion is the result. The problem was I had sort of forgotten which part of my hand should be driving the motion in order for it to be consistent and relaxed.

I recovered when I switched from Jazz III Tortex 1.14mm to regular Jazz III red 1.38mm, played for a few minutes and switched back to Tortex, and in that moment my hand somehow naturally assumed a position where I put most of the palm’s resting over the spot where the pinky joins the palm (not the pinky heel near where the wrist joins the palm). I’m not pressing down hard, but more firmly than before. That unlocked something and things became easier to control. My own guess is that now I’m additionally leaning the hand more towards the electronics, and that sets the pick attack into a more favorable angle sound and feel-wise, so that my picking doesn’t want to autocorrect itself as badly as before.

I realize this might vary from person to another, but is it generally wise to do this kind of firm-ish resting that feels almost like pressing down a bit? Has anybody run into problems by doing this? Just trying to avoid using any crutches.

What motion do you think this actually is? I’m basically going for wrist-forearm blend

I think the forearm aspect in your clips is pretty subtle. When I do something similar, I still think of it as forearm, but from previous comments by @troy, I’m not sure if he might characterize this as more of a wrist movement. If you want to go for more of a pronounced forearm rotation movement, one way to get started with it is to do more of an exaggerated wrist-flex setup in the vein of someone like Joscho Stephan. Once you have a feel for that, you can feel your way into how to do it with a less-extreme wrist flex.

I think Troy has suggested that the wrist aspect isn’t really a conscious thing in forearm-wrist blend, and that matches my experience as well. Of course, there’s nothing wrong with using a wrist movement instead of forearm-wrist blend, but if you don’t like the results you’re getting from wrist, it’s another option.

Re: pressing on the bridge: personally, I mostly only do that with wrist-centric movements. For USX forearm-wrist blend, I’m more comfortable not touching the bridge at all, and just letting my ring finger glide on the pickguard similar to how Yngwie’s does.

One more thing: It looks like the angle of the pick might not be perpendicular to the path of the picking motion. Staying perpendicular isn’t a 100% requirement, but generally makes things feel smoother, so that might be another aspect to experiment with.

Thanks for the insights!

Yeah, I was originally going for a more or less pure wrist motion, and would still like to. But I kinda hit a wall with that and wanted to give forearm a try, to gain some more perspective on how to do wrist.

I’m probably going to try wrist again sometime soon, but at least trying forearm rotation made me realize that it’s how I do metal riffs with palm mutes and repeated downstrokes.

It looks like the angle of the pick might not be perpendicular to the path of the picking motion.

Hmm, what does it mean exactly when the pick is perpendicular to the motion path? In the forearm videos, Troy uses a motion that first curves a bit as it approaches the string, and then is mostly straight after hitting it. Are you talking about this, or?

Hmm, what does it mean exactly when the pick is perpendicular to the motion path? In the forearm videos, Troy uses a motion that first curves a bit as it approaches the string, and then is mostly straight after hitting it. Are you talking about this, or?

I mean at the moment the pick crosses the string, it’s leaning one way, which means downstrokes and upstrokes won’t feel the same, so it will be harder to keep them even.

That might very well be an issue. Sometimes I feel that I need to put in extra effort to get upstrokes to hit the string. It’s as if upstrokes were altogether different than downstrokes, meaning the downstroke ends in a position where pulling an upstroke does not hit the string at all unless I change the trajectory somehow. I seem to have some difficulties in doing straight-shooting upstrokes in wrist deviation motion too.

I actually did analyze this phenomenon earlier, and I suspect that this was originally caused by me learning to avoid accidental pinch harmonics by altering the way I do downstrokes. But it’s quite a wall of text right now, so I’ll experiment a bit more before posting.

Hey @Shredd, i am currently working on the same thing! Just to be safe that the usx is working, I would try simple 2 notes per string repeating patterns with one string change now, just to see if the upstroke escape is really there.
Something like this:

That happened to me, thought I was doing usx with rotation, but playing fast i also started to elbow (old habits…) and i ended up with a trapped pickstroke.
Doing this exercise really helped to get a usx motion working for me over the last days.
Not saying you’re doing this, but your handsync seems fine, and you sound good, so that would be the next step in testing the technique i think

Cool, I’ll give that a try! Thanks.