What is your highest ranked solo you have ever heard?

Mine is Snakebite by Racer X. This is just insane! 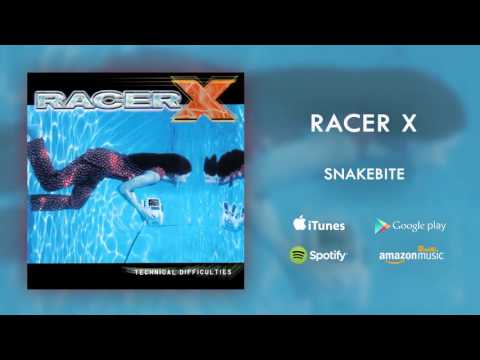 This guy is my honorable mention. 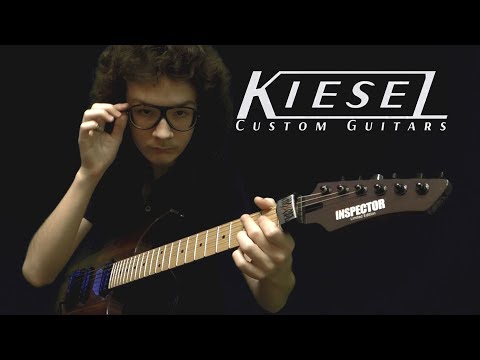 You might be the only other person I’ve seen really into that song, it might be my favorite PG/Racer X solo for sure.

Overall though, as far as sheer difficulty I think it might be Jason Richardson’s Titan which he can barely perform with consistency. Comfortable and not digitally assisted I think the fact that Jason Becker could play perpetual burn at like 1.5x speed live is beyond ridiculous
Jason Becker - Perpetual Burn Live (rare audio) - YouTube

Where would you put Rusty Cooley’s Under the Influence, or Jeff Loomis’s Miles of Machine? I saw both these guys live back in the day, and boy was it insane!

This one always got me. 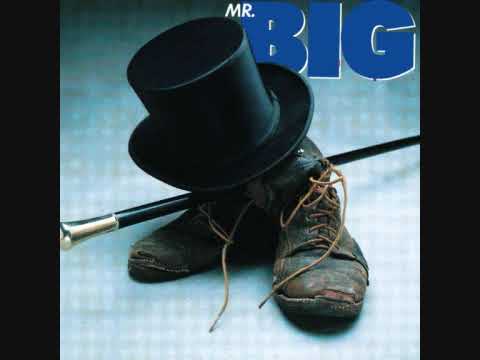 So hard to choose!

At the moment I would have to say Paul Gilbert’s intro solo on Joey Tafolla’s track Zero Hour. I love it when Paul gets especially neo-classical and honestly I get a lot of great Jason Becker-style vibes from his playing here too 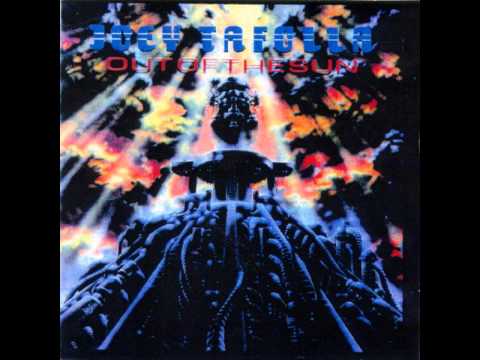 I actually forgot about Fuzz Universe also - that is hands down my favorite Paul Gilbert piece. Added bonus is his gain is dialed back enough that you hear how damn clean his playing is.

Rusty Cooley, I feel the same way I think a lot of people do, he seems physically creative with the instrument and definitely a master, but his compositions don’t hit for me, and that includes how he composes many of his solos. They tend to start at 100 and stay at 100 which does not make a very dynamic composition. I think Under the Influence is probably extremely difficult to play, but part of that is Rusty’s very wide legato passages.

For contrast - a solo that’s not one of Pettrucci’s hardest but might be my favorite in terms of composition is the Under a Glass Moon solo: 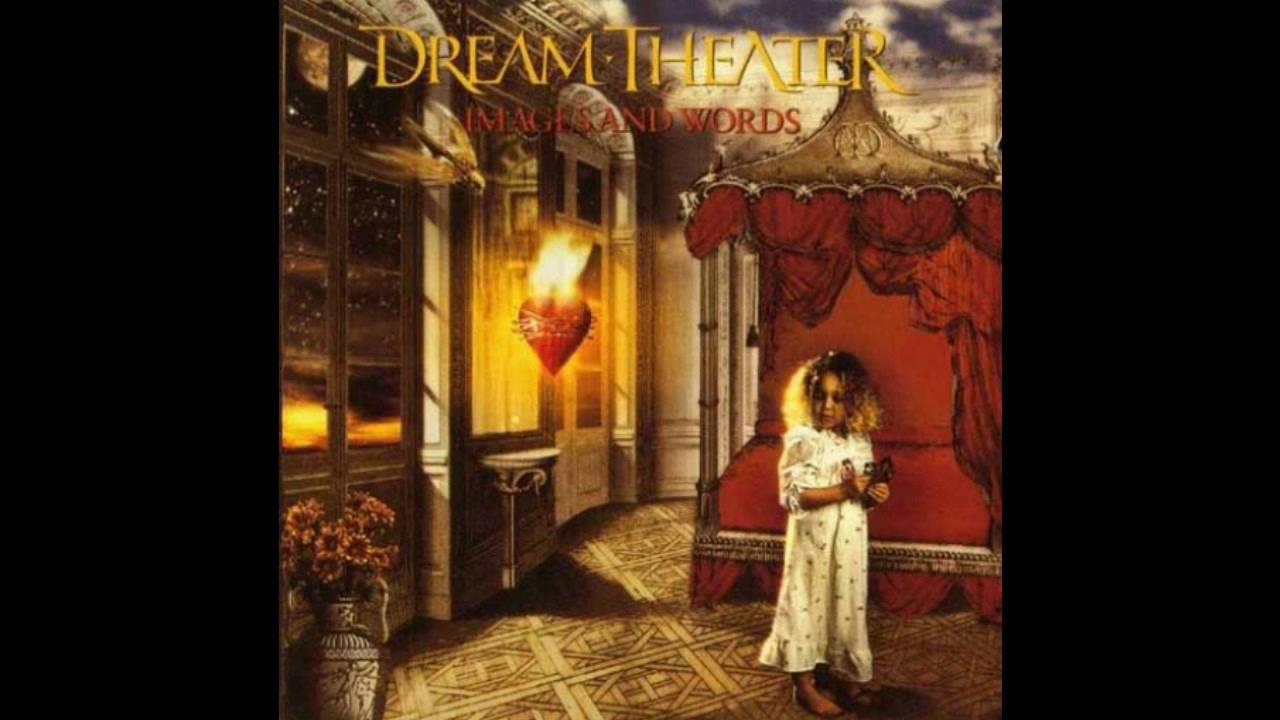 Another I think is just really cool is Branon Ellis’ solo on Sunless Empire: 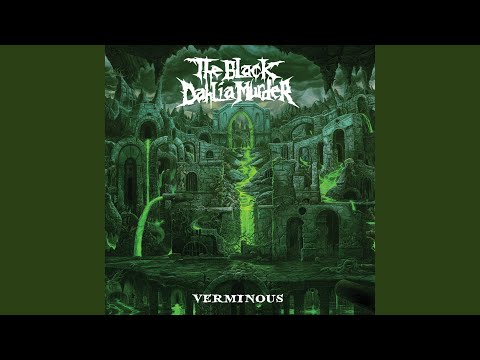 As for Jeff Loomis - he has a bunch of really cool solo ideas, I’m actually learning Miles of Machines currently. His stuff is very challenging for sure, I think I’m more drawn towards it since I’ve been working so heavily on sweeping, some things he does are definitely because his hands are freakin gigantic - like string skipped arpeggio runs are not going to be remotely comfortable for most people but for him it might be just as comfortable as an Yngwie sweep but more even sounding.

Jato Unit was almost ahead of its time, it’s like neoclassical Djent from 2008.

Have you heard Rusty Cooley’s stuff in Outworld? I really like his over the top shred in a band context, but boy will it get you overly pumped way to quick!

Yeah, I listened to all of it, also his stuff in Austrian Death Machine and he’s been a studio soloist on a bunch of random other albums. Just doesn’t do it for me, I have similar issues with MAB honestly.

There are a lot of solos that are wickedly impressive just knowing the note choices and placement - this run from Raphael Trujilo formerly with Obscura is insane: 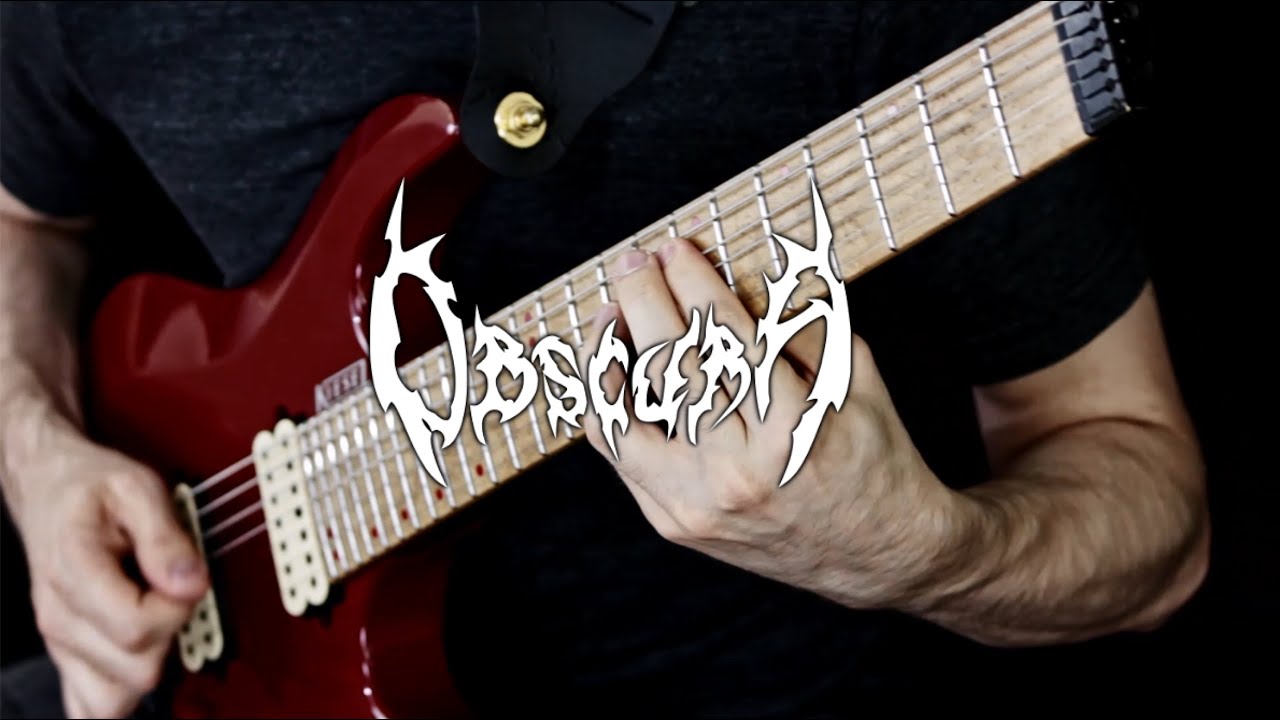 Another one just came to mind though - If you’ve ever listened to Eternity’s End it’s a power metal band with two virtuoso guitarists - Phil Tougas (First Fragment and like 100 other bands) and Christian Meunzner (Necrophagist, Spawn of Possession and currently Obscura - also played on Obscura’s early work). I came across this great dual playthrough a while back: 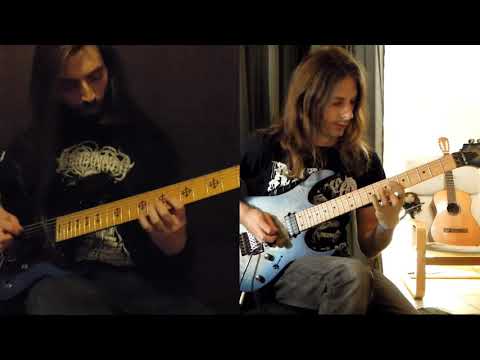 Is your intent for us to share solos we’ve heard where we’re like “Whoa how the hell did they play that???” or solos we think are really good? Like, great phrasing, tasteful but still requires great technique, takes the song somewhere it hadn’t gone previously etc. Depending, I’d supply drastically different song titles lol!

The intent was that we had a show and tell, now we are going to transcribe and play these solos at 50% speed on a classical guitar to build up strength!

Just whatever you think sounds good and over the top, like over the top of mount everest, the highest echelon!

I have never heard this, but does it sound glorious! Paul Gilbert was always the most impressive player when I was younger. His attack was just so heavy handed, and supremely articulate. These days Stochelo Rosenberg is the highest of the highest to me. I am sure there are other gypsy pickers that are great too. But I like how he is trying to help players by what he offers in his academy. 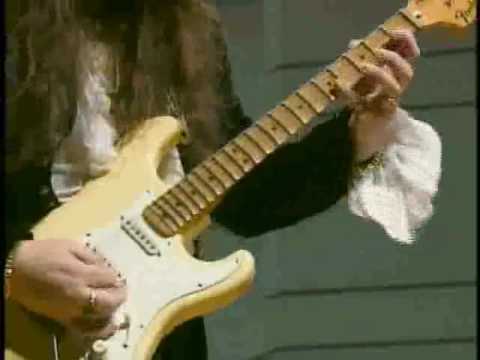 But still Snakebite solo beats this, but this is damn near my favorite Yngwie song. Maybe my all time favorite.

For me it’s still Winter Madness: 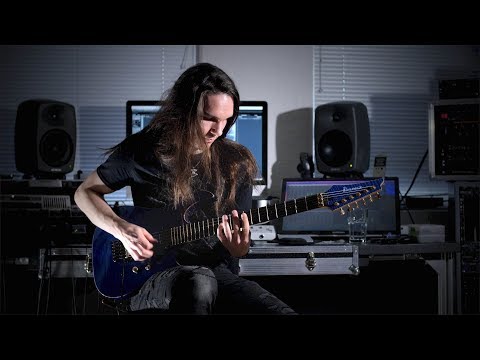 That an impossible thing to answer, but one that I love is Marty Friedman and Jason Becker in ESP

I’ve always thought Satriani’s “Until We Say Goodbye” is one of my favorite lead breaks, and if I had to pick one this would probably be it. 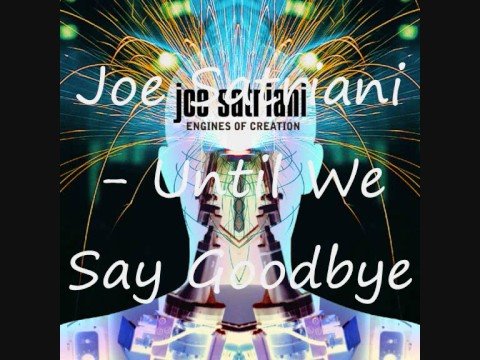 The song itself is fine, but the solo… touch, feel, tone for days, speed used to create tension, some really great tension/resolution moments… and all with what was probably one of his Ibnanez JS guitars but what sounds a lot like a Strat played with not much more gain than SRV would favor. It’s just an explosive solo.

This bit from Jason is awesome to me. From the start, till 40 sec.
The riff is so powerful after the initial shredding then has the guitar screaming for the mini solo. As far as I’m aware this is just him playing over himself. I love the rawness of it. 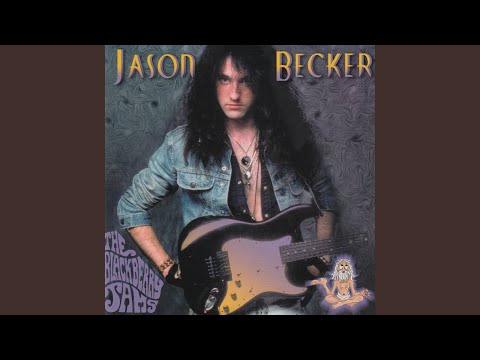 This is him and Marty doing that live. 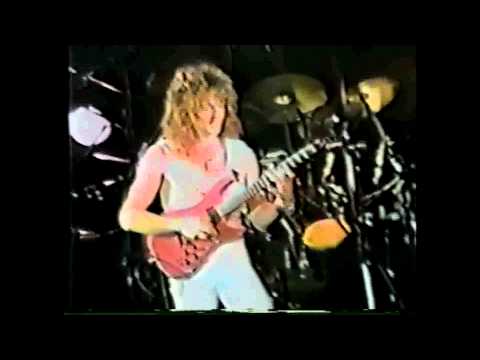 got great blues solos near the end!

And this solo by marty is so crazy! 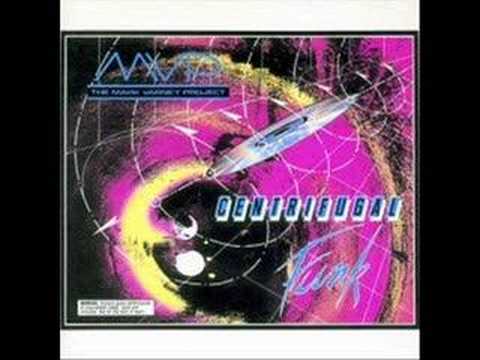 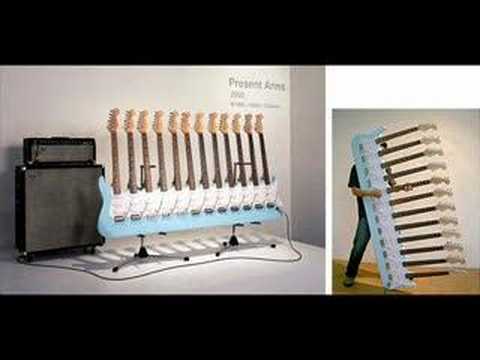 this one the solo just walks out the the starting groove. 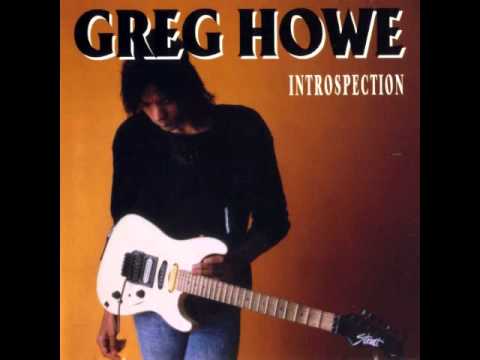 pretty much this whole album, but I cued it. 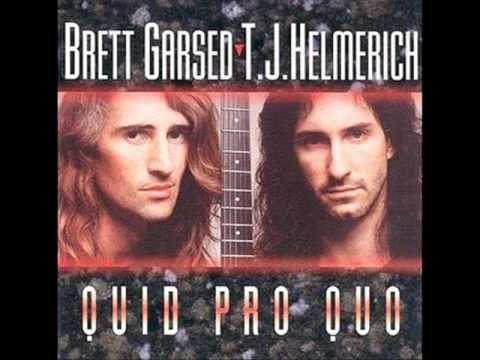 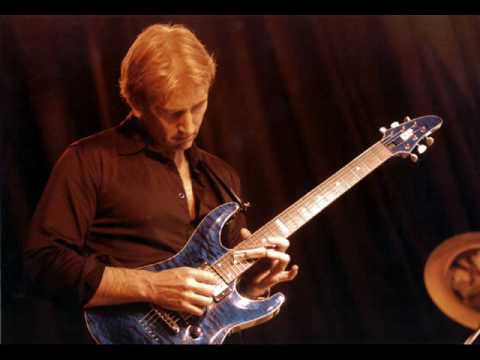 This one I have the live DVD from his instruction signed by him, the DVD has those spots on it, I’m going to have to order it again from Brett, that’ live performance is to die for, the album sound anemic compared to that DVD, but still, it’s fabulous.

This thread can go on forever. Love it.

edit:
something to turn it down, but still goosebump worthy: 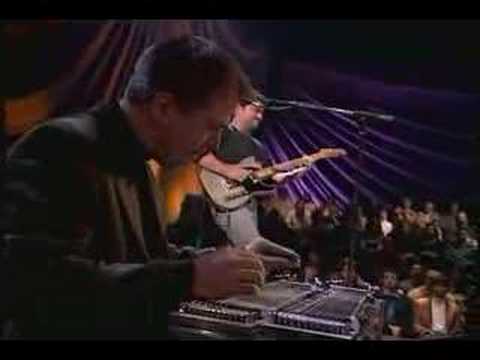 The 70s era is the wildest in my book: 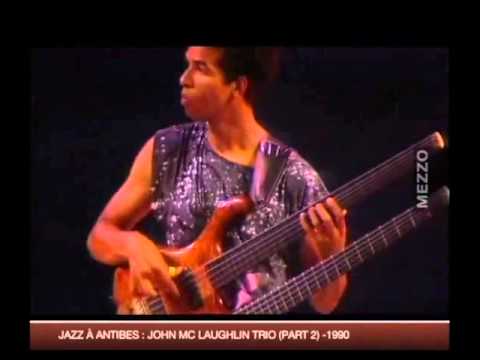 This kind of stuff just doesn’t happen, it’s like the “gods” followed this man every where he played those three decades. 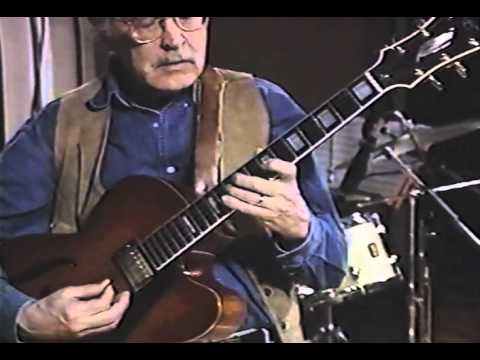 Haha knew I would see Hey Tee Bone. Sick track, this was definitely in my top 2.

There are some licks on there that … whole era was crazy good, they’re still at it