Making the Magnet — have any design feedback?

Note that you don’t have to export/transfer to a computer to watch the footage you film. You can simply pop your phone out and hit play right there on the phone. Still not as immediate as would be ideal, but much quicker and easier than transferring to computer first.

One approach for an app might be to make just an iOS app, and then send to computer (or other devices e.g. smart TV) using Airplay for playback. And maybe voice commands to control filming without having to touch the phone at all.

I like your “advanced feature” ideas here too, but thinking if we’re able to make an app at all, we’d probably keep it as simple as possible to start.

Disclaimer. I am not a software engineer, i have a degree in medicine, programming is an old hobby.

back in 2012when i was a poor student ii bought myself an Axe Fx II, it literally cost me everything. i had no money for foot controller. So i decided to build it myself. At this time i didn’t know anything about arduino. few months later i had my first prototype. 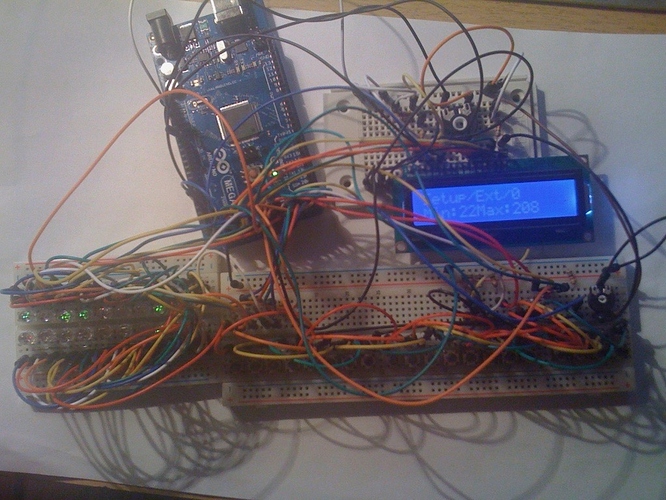 And in a month later it was inside a shoe box 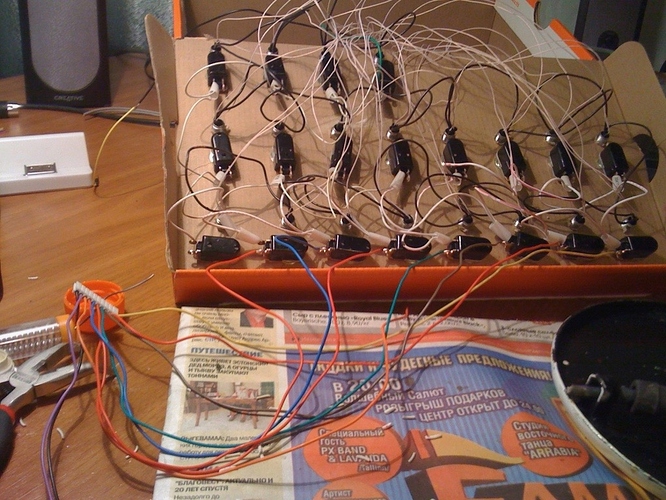 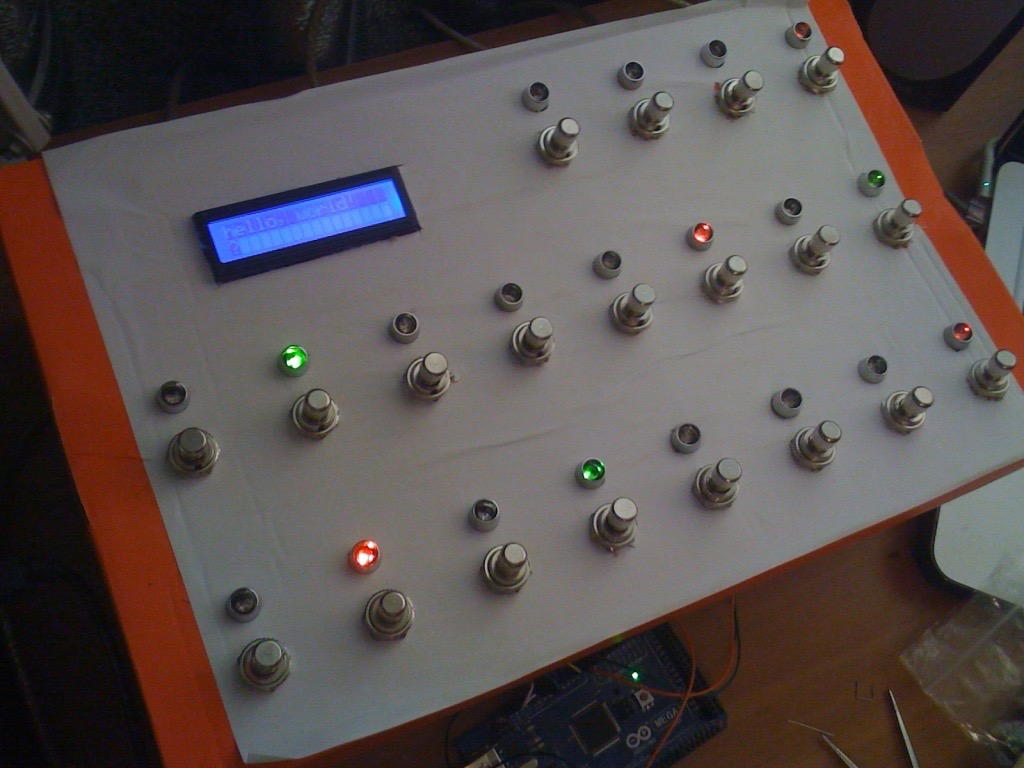 Then in a metal box 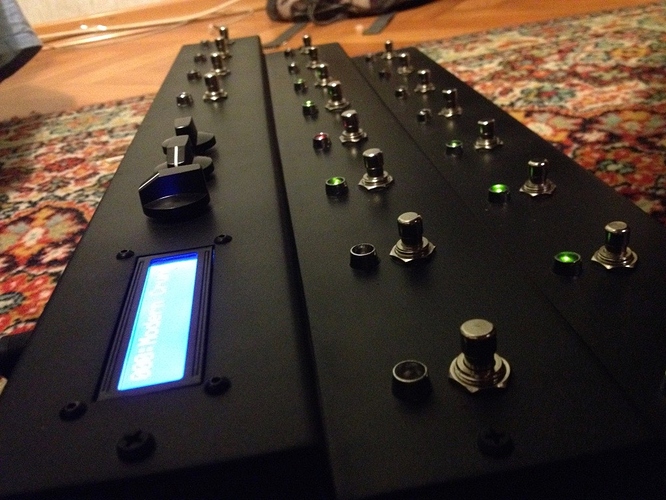 And the latest and the tastiest - with reverceenginered stickers 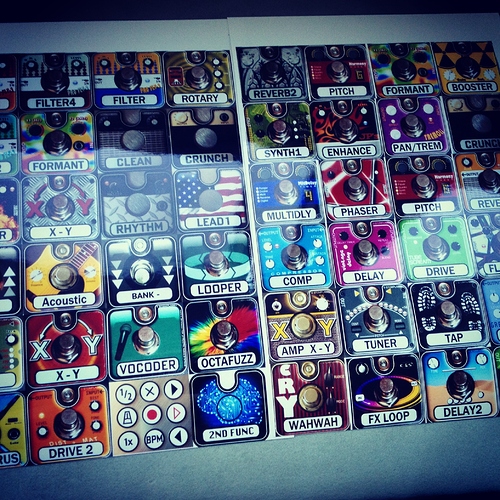 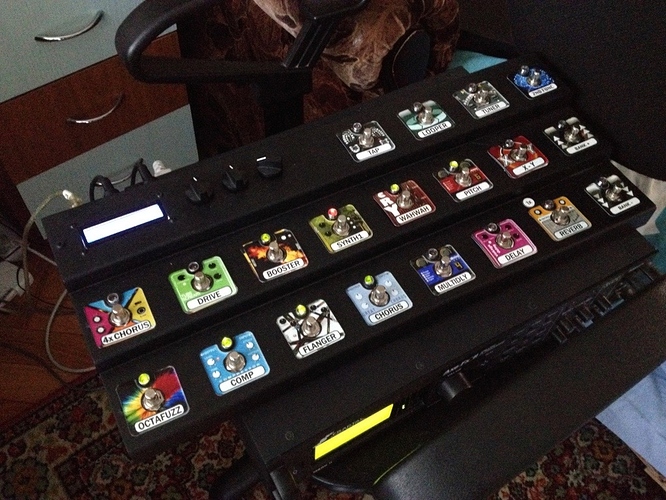 The point of this story is to show that even with minimal knowledge i was able to build this kind of thing from scratch. 0 lines of code were used from different projects. If you’ll find the right person for writing the app -i am sure that the first beta could be done in less than a week.

How much did that cost you in materials, and how long did it take in total?

i guess half a year during school time, and around 80-100 eur. half of which was the price of footswitches

Oh dang yeah that’s fantastic. Thanks for sharing all the photos, super cool to see the evolution from hacky prototype to seriously legit finished product.

While we don’t have the resources of a full dev shop we definitely like getting our hands dirty figuring out how to prototype things and figure out what’s possible. We’ll see what we can do! Clearly some interest as we can see w/ some prior discussions like: Creating an app for the Magnet

For anyone interested in a Magnet app (assume mobile only for starters): what’s the number one feature you’d want to have? Voice commands for hands-free filming? Easy video upload for critique? Ways to organize your clips? We can think of a bunch of stuff that would be cool, but curious what you see as the single most essential feature.

Can the magnet be used on 8 strings or fanned fret guitars? Even if the magnet doesn’t fit I’ll still be down for planning a pre-order though.

Probably not 8-string unfortunately. With our current prototype, the max neck width it’ll fit is just under 3 inches. It’ll definitely fit 7-string but I don’t think much beyond that. It’s possible that could change slightly in the final version but I don’t think we’ll get much more expandability without increasing the size of the whole thing, which we want to avoid if we can.

Definitely want one! Bought the plans but never got around to making one

An app to go with the Magnet would be fantastic. For me the number one feature of the app is the ability to leave the phone in the magnet and send a just recorded video to a PC for immediate viewing and analysis both normal speed and slo-mo.
Being able to analyse a video without the delay of having to keep removing and replacing the phone should really improve it’s usefulness as a practice tool.

I’ve made the 3D printed Magnet and the improvement I’d like to see is a thumb screw type arrangement to tighten the phone clamp rather than it being spring loaded.
Trying to pull and hold the magnet open with one hand to load the phone without pulling the magnet off the neck or moving its location is kinda fiddly.
If a manufactured version were to slide much more smoothly than the 3D version that might also solve the problem.
Although I have the 3D magnet I’ll sign up for a new and improved one.

I second all of this. Thumb screw or super smooth action would make it much more enjoyable to use.

For me the number one feature of the app is the ability to leave the phone in the magnet and send a just recorded video to a PC for immediate viewing and analysis both normal speed and slo-mo.

Got it, thanks for the feedback! Maybe some combination of voice commands on the phone + Airplay to computer or TV would be helpful here and simpler than having to have a whole separate PC companion app.

Thumb screw or super smooth action would make it much more enjoyable to use.

Yeah absolutely want to get much smoother action here. I think the spring mechanism is an elegant solution but ideally need it to work smoother to get the most convenient one-handed operation. Should be possible!

I was just writing in my journal that I need to get someone with 3D printing know-how to help me make a magnet in 2020. I’m ready to purchase one as soon as it becomes available.

Like many others here, you can count on me to order/ pre-order one as soon as they are available! Is there a timeline yet for general availability?

I’ll be buying one too.

I really hope that this becomes reality. I have been wanting a Magnet for a while.

I’m ready to purchase one as soon as it becomes available.

Is there a timeline yet for general availability?

Awesome, glad to hear it! We don’t have a specific timeline yet but we’re pushing to make it happen this year. If all goes well we’ll likely launch a Kickstarter in the next few months to fund the tooling / initial production, and aim to get it manufactured later in the year. Nothing finalized yet but we’ll share more as soon as we can.

@romerko any chance of getting a copy of those STLs? Recently into 3d printing myself, I know the quality has increased over the years and I am not in a position to spend for the shapeways pieces.

I hope noone will blame me for necroposting =)

Really curious is the app on it’s way? =)

No worries! But I’m going to close this topic just to avoid confusion since it’s a bit out of date and we have the active topic here for the Magnet Kickstarter:

The Magnet - now on Kickstarter! Masters in Mechanics

The time has come! The Magnet, Cracking The Code’s custom camera mount for guitar analysis, is now on Kickstarter! After five years of prototypes, field use, and requests to make this device more widely available, we’ve launched a campaign to fund production. We’re really happy with the design — the Magnet has proved itself time and again both in use for our own lessons, and for interviews with all kinds of great players. We think it’s a valuable tool for learning and we’re excited to make an …

No app currently in the works, but long term it’s on our radar and definitely something we’ll continue to think about.

For now, we think that making a Magnet with smooth one-handed operation will make it a pretty quick and simple workflow to take the phone out, review video directly, and put it back in for filming, without having to offload video to your computer. Definitely some cool possibilities for a dedicated app though.

For specific Magnet app discussion we could continue here (and/or start a new topic at some point):

Creating an app for the Magnet Gear

I’ve been thinking some more about how to use the Magnet as a practice tool and think we need apps to accomplish a workflow like this: Scan a barcode on the PC to link phone with computer Configure desired amount of slowdown, fps etc on the PC. The app running on the Magnet-mounted phone detects a change in sound levels and starts recording as you tear it up The sound levels drop and recording stops. Post-processing according to the rules from 1) are applied and the snippet uploaded to the PC…